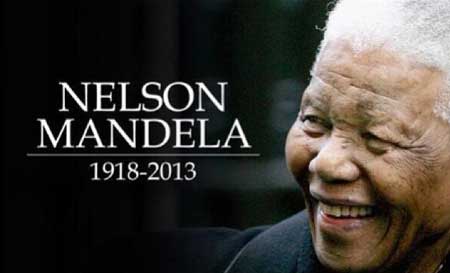 What a month this December is becoming.  Social networks are full of May he attain Nirwana’s and RIPs. As we’ve noted in our summary on Paul Walker’s life, majority get to know the real person behind giant names only when the parson concerned passes by. Well yes, we knew who Nelson Mandela was. But did you know these amazing facts about him?

He was loved and admired the world over, profiled in books and movies, and showered with awards and accolades. But even the most public of personalities have little-known facts buried in their biographies.

Mandela’s birth name was Rolihlahla. In Xhosa, one of the official languages of South Africa, “Rolihlahla” means “pulling the branch of a tree” — or, troublemaker. (The name “Nelson” was given to him by his teacher on his first day of elementary school. It’s not clear why she chose that particular name. It was the early 1920s, and African children were given English names so British colonials could pronounce them easily).

He had a bit part in Spike Lee’s 1992 biopic “Malcolm X.” At the very end of the movie, he plays a teacher reciting Malcolm X’s famous speech to a room full of Soweto school kids. But the pacifist Mandela wouldn’t say “by any means necessary.” So Lee cut back to a footage of Malcolm X to close out the film.

03. There’s a woodpecker named after him:

From Cape Town to California, streets named after Mandela abound. But he’s also been the subject of some rather unusual tributes. Last year, scientists named a prehistoric woodpecker after him: Australopicus nelsonmandelai. In 1973, the physics institute at Leeds University named a nuclear particle the ‘Mandela particle.’

Before tying the knot with Mandela on his 80th birthday, Graca Machel was married to Mozambique President Samora Machel. Her marriage to Mandela after her husband’s death means she has been the first lady of two nations.

When Mandela was eluding authorities during his fight against apartheid, he disguised himself in various ways, including as a chauffeur. The press nicknamed him “the Black Pimpernel” because of his police evasion tactics. “I became a creature of the night. I would keep to my hideout during the day, and would emerge to do my work when it became dark,” he says in his biography, “Long Walk to Freedom.”

06. A bloody sport intrigued him:

Besides politics, Mandela’s other passion was boxing. “I did not like the violence of boxing. I was more interested in the science of it – how you move your body to protect yourself, how you use a plan to attack and retreat, and how you pace yourself through a fight,” he says in his biography.

07. His favorite dish is probably not yours:

He’s been wined and dined by world leaders. But what Mandela loved eating most was tripe. Yup, the stomach lining of farm animals.

Mandela wasn’t removed from the U.S. terror watch list until 2008 — at age 89. He and other members of the African National Congress were placed on it because of their militant fight against apartheid.

10. He drew his inspiration from a poem:

While locked up at Robben Island for decades, Mandela would read William Ernest Henley’s “Invictus” to fellow prisoners. The poem, about never giving up, resonated with Mandela for its lines “I am the master of my fate. I am the captain of my soul.” You may know it from the movie, Invictus, starring Morgan Freeman as Mandela.