10 Ways to Treat Depression Without Antidepressants 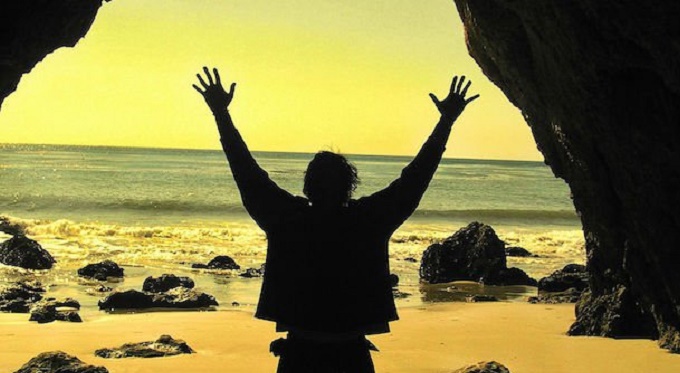 You’ve probably been told that antidepressants correct the chemical imbalance in your brain. As it turns out, that’s not quite true. In fact, antidepressants might be doing you more harm than good.
Buy an “Intelligence is sexy” t-shirt!

Even if antidepressants do work, the fact remains that they’re insanely expensive. Considering how depression treatments can last a lifetime, it’s impractical to spend something like $21 to $1,000 a month just to keep the blues under control. Depression is already a burden enough by itself, without all the financial consequences that come with it.

It’s better to view antidepressants as a last resort, and try some – or all – of these alternative treatments first.

When you’re depressed, negative thoughts pour into your mind like water from a broken dam. You become paralyzed by fear and helplessness, because you feel like nothing can keep those thoughts under control.

“In the group work that I’ve done with sufferers of anxiety or depression, I’ve found (mindfulness meditation) very beneficial because it calms the mind,” says psychologist Katie Sparks. That’s because you’re purposefully limiting your attention to the present moment, which helps you see things in a different – and more positive – light. So the next time you feel like beating yourself up again, take out a comfortable mat, sit on it in a lotus position and say ohm.

Then again, maybe being an almost-Buddhist isn’t your thing. Maybe you’d rather do something that lifts your spirits within seconds, rather than something that takes several weeks to work.

In that case, try exposing yourself to funny TV shows/movies/books/what-have-yous. As it turns out,laughter really is the best medicine. It doesn’t matter if what makes you laugh is childish or stupid or weird. What matters is you get your daily recommended dosage of hilarity.

Depression is a manipulative and malicious little monster. Every day, it sits on your shoulder, and whispers in your ear about how worthless you are and how you don’t deserve to be anywhere near the rest of society.

Don’t listen to it.

“In depression, social isolation typically serves to worsen the illness and how we feel,” saysStephen Ilardi, PhD, an associate professor of psychology and author of “The Depression Cure.” Apparently withdrawing from social interactions increases the brain’s stress responses. So, keep in touch with the people who matter to you, and don’t hesitate to let them know if you need their help.

4. CUT TOXIC PEOPLE OUT OF YOUR LIFE

On the flip side, you’re not doing yourself any favors by hanging out with people who dismiss your depression as something to snap out of. That makes about as much sense as mentally shrinking your rogue cells when you have cancer, or draining your blood sugar levels when you have diabetes.

To quote Deborah Serani, Psy.D, author of Living with Depression. “Part of living with depression requires you to learn how to reframe negative thoughts into positive ones, so having people in your life that are affirmative, nurturing and accepting of who you are will help ground you in a better healing environment.”

Granted, you have to be careful with cannabis andpsilocybin. Both of them may have antidepressant properties, but both of them also have the potential to become drugs that worsen mental illness. Try them if you have no other option, but do remember to take the necessary precautions.

We’ve talked about how vitamin D can alleviate depression, dementia and diabetes. But there are othernutrients that keep depression at bay as well, including amino acids, folate, iodine, iron, magnesium, omega-3 fatty acids, selenium, vitamin B complex and zinc. Thankfully, many of these nutrients are in the foods you eat every day.

As for the foods you shouldn’t eat every day, avoid alcohol, caffeine, artificial sweeteners, hydrogenated oils, processed food, refined sugars and sodium-rich foods. All of these can wreak havoc on your nervous system, destabilize your blood sugar levels and/or damage your brain, among others.

According to a study published in Obstetrics & Gynecology, acupuncture can help alleviate depression. When the researchers administered depression-specific acupuncture on 150 pregnant women, 63 percent saw their symptoms improve. Although more tests have to be done to arrive at a definite conclusion, there’s no denying the promise shown in the study. Even if you’re not expecting, you may benefit from acupuncture.

To be fair, depression does zap you of every bit of energy left in your body. However, exercise is still worth a try, since it has been proven to work just as well as – if not better than – antidepressants. No one knows exactly why this is, althoughthe release of endorphins and norepinephrine during exercise might have something to do with it.

Can’t bring back your passion for your old hobbies? Try your hand at gardening. As we’ve reported before, gardeners are generally happier than non-gardeners. I suppose literally reaping what you sow brings out all these positive feelings buried deep inside you – no pun intended. Also, you have the benefit of getting fresh, uncontaminated vegetables right in your own backyard.

Don’t fret if gardening isn’t your thing. As long as your new hobby is meaningful and relaxing for you, it doesn’t matter what it is.

10. VOLUNTEER FOR A CAUSE YOU BELIEVE IN

At some point, talking about depression with people you already know won’t be enough. You’re going to want to reach out of your established social circle and seek out the company of others. That’s a good sign.

Seek out organizations whose missions speak to you, and volunteer your services for them. Who knows; you might just reduce your depression symptoms, boost your well-being, and reduce your risk of dying by 22 percent.

Here’s the thing about depression: You might have to fight it for the rest of your life. That’s because it has a nasty habit of sneaking up on you, and roundhouse-kicking you in the face when you least expect it. That said, if you’re able to cope with it using the tips above, you’ll always be able to roundhouse-kick it right back.

Sarah Landrum is a freelance writer and health enthusiast sharing advice on living a happy and healthy life. She is also the founder of Punched Clocks, a career development site that helps professionals find happiness and success in their careers. Follow Sarah for more advice@SarahLandrum

Previous articleStudy: Antidepressants Could Be Making Your Depression Worse
Next article5 Signs You’ve Encountered Someone From Your Soul Group
Digital Media