11 Signs Your Soul Has Reincarnated Many Times 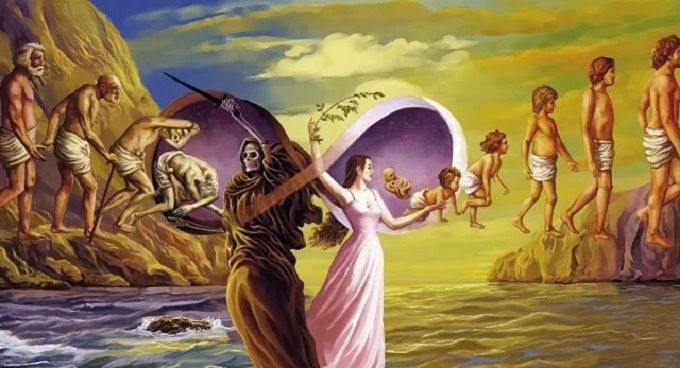 By Aletheia Luna
Via Expanded Consciousness

When we understand reincarnation as the maturation process, or evolution, of soulful energy, it follows that some of us have intuitively experienced different things in our lives that reflect on the age of the energy known as our souls. It is commonly believed that many of our personal characteristics, experiences and capabilities in this life reflect on whether we have lived before on earth. It is thought that the more we mature, the more gifted we are in certain areas of life and the more frequently we have ‘spiritual’ experiences.

The truth is that all of us have most likely reincarnated, however some of us have gone through this cycle more than others and therefore experience many of the following characteristics:

Dreams are reflections of the unconscious mind, and while repetitive dreams may sometimes signify trauma, fear or issues that your brain is trying to process (“unfinished business”), repetitive dreams can also potentially be reflections of past life experiences. Many people claim to have experienced certain events, seen particular people or gone to specific places frequently in their dreams that feel very familiar, and somehow recognizable. For example, I often have recurring dreams of a 15th century castle that I have a distinct feeling of knowing very well, yet I have never seen or been to this castle before in waking life.

3. You Have a Strong Intuition

Intuition is the ability to balance the conscious and unconscious mind and to tap into our deeper wellsprings of primal wisdom and innate knowledge. It is said that the more we soulfully mature, the more we are closer to returning to the ‘source’ (known also as nirvana, eternity, oneness) from which our Souls come from, and from which the collective unconscious – a body of universal knowledge – exists.

We’ve all experienced déjà vu before at some point in our lives. It’s that bizarre feeling that somehow we have already experienced or lived a moment in time before. Often déjà vu comes spontaneously, and is triggered by smells, sounds, sights, tastes and various other sensations. While some claim that déjà vu is a neurological dissonance, others claim that déjà vu reflects the possibility of other dimensions (i.e. parallel universes), and still others believe it is revealing of past life experience.

Empaths absorb the emotions, and in some instances the physical pains, of those around them literally empathizing, or directly feeling and experiencing what others experience. In this article about Empaths I go into greater depth about this unique breed of people. While identifying as an Empath and absorbing the emotions of others could be seen in some instances as a psychological form of avoidance to bypass one’s own problems and pin the blame on others, in other genuine cases it can be seen as a sign of a soul that has undergone many previous reincarnations and has refined to the point of transcending the individual self and it’s problems, extending to others as well.

Also known as ‘future sight’ or ‘second sight’, precognition is the ability to obtain information about future events that isn’t usually available. Precognition can be experienced through visions, physical sensations and feelings as well as in dreams. While considered quasi-scientific by some, to others precognition is a very real experience and could indicate the maturation of soulful energy.

You probably guessed it! Retrocognition is the opposite of the above precognition, and refers to the ability to obtain information not usually available about past events. These past events could be in your own lifetime, or sometime in the distant past. Of course, retrocognition unlike precognition is not easy to prove or verify, however, for those who have genuinely experienced it (and have been able to honestly verify it), this ability could also be a sign of soulful reincarnation.

8. You Feel Older Than Your Age Reflects

Some people are perpetually “young at heart” even into their later lives, and in the same manner, some people just seem to have been born with “Old Souls”. The experience of feeling older than your age reflects is commonly associated with having reincarnated many times over and this is echoed in the “Soul Age” theorywhere there is a certain progression of soulful development: from Infant Souls, to Awakened Souls. For example: if you have reincarnated few times on earth, this would be reflected in the age of your energy, and in this life you will display many primitive and child-like characteristics. If, however, your soulful energy has reincarnated many times over, you will display many matured and wizened characteristics (such as the ones mentioned in this article). If you feel older than your age reflects you might be a Mature or Old Soul. You can read more about Old Souls in depth here.

It is said that having a great, unexplainable attraction for certain cultures or time periods is a kind of past life “residue” reminiscent of a certain place, culture or environment that your soul may have experienced in past lives. For instance, you may have an inexplicable affinity to Asian culture, Celtic artifacts, or the 19th century.

11. You Feel as Though this Earth Is Not Your Home

The yearning to find your ‘home’ can be seen as a reflection of the desire to return back to the source (oneness, consciousness, divinity). Many people feel this yearning to be reminiscent of an athlete running a long race and longing to reach the ‘finish line’. In the same manner, Souls that have reincarnated many times over express this basic need for finally completing the cycle and returning home. Feeling that this earth is not your home is often accompanied by chronic feelings of tiredness and wariness for life on earth.

Could you relate to any of these signs? Do you have any of your own to share? I hope, if anything, this article could offer you another doorway of explanation for what you experience in life.

This article was originally published in Loner Wolf

Previous articleLiving Buddha, Living Christ by Thich Nhat Hanh
Next articleTrying to Quit Smoking? Here’s What happens To Your Body when you stop
Digital Media