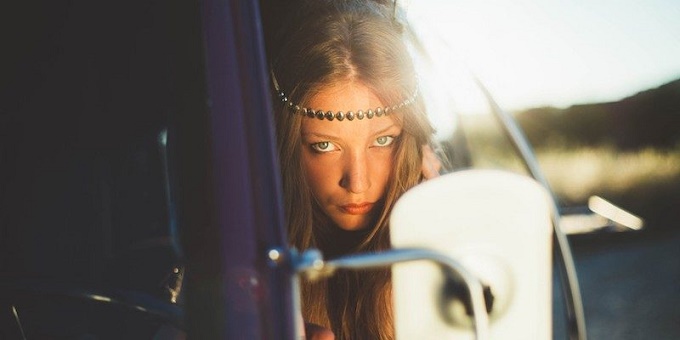 Emotions are, of course, a part of our psyche, yet nevertheless, can be distinguished from the remainder of mental qualities because they most directly influence our physical body.

They affect the way our body functions and they drive every single one of our actions. Without emotion, we would have no reason to act, to do anything with ourselves.

Emotions are our greatest motivators. Unfortunately, they can motivate us to act in any direction, even the wrong one. For this reason, emotional strength is essential. There are countless situations that emotionally strong people avoid and many actions they never take. Here are 15 of them:

1. They Don’t Beg For Attention

Needing attention is directly linked to emotion. Those who feel the need for recognition only find themselves experiencing feelings of worth when others make them feel needed; it’s as if these people are uncertain of their value, or if they have any ounce of self-worth.

Feeling unsure of your worth is a self-fulfilling prophecy; if you don’t know you matter, then no one will ever believe you do.

2. They Don’t Allow Others To Bring Them Down

Emotional strength requires resilience. This world is filled with haters and trolls. There are jealous eyes lurking around every corner. The unfortunate truth is that often the people who hold us back the most are those closest to us. Getting rid of these people is often the best solution, but also the most difficult.

If you can quietly remove these people from your life, that’s one fewer bridge burned and much less of an emotional trigger.

If you’re holding a grudge, then you already care more about a situation than you should. If a person apologizes genuinely, forgive him or her.

If this person doesn’t apologize, then don’t interact with him or her, but don’t hold grudges. People with whom you seek to alienate and hold grudges against take up too much of your mental energy, doing more harm than good.

4. They Never Stop Doing Their Own Thing

Emotionally strong individuals do what they do because they love doing it. They don’t plan on slowing down or stopping for anyone who deems their happiness inappropriate.

5. They Never Stop Believing In Themselves

Those who love themselves and understand themselves — those who aren’t afraid or proud to be themselves — never doubt themselves. You amount to your own self-worth, not a shilling more.

People are mean. But we wonder, why? Being a jerk is only good as an intimidation factor, and if you’re trying to intimidate people, then you better be a negotiator by profession; if you’re intimidating just for the sake of it, you’re obviously overcompensating for a lack of confidence. Do you also drive a very large automobile, perhaps? I hear they make pills for that.

7. They Know Better Than To Let Just Anyone Into Their Lives

Most people in the world are lost and will be more than happy to take you along with them. Don’t let an awful acquaintance ruin your happiness.

8. They Aren’t Afraid To Love

If you’re afraid to love, you don’t have enough confidence in yourself. You obviously think you can’t be in a lasting relationship, but only in one that is doomed for disaster. You don’t want to get hurt again because getting hurt really sucks.

There is no reason for you to get your heart broken again because you are awesome. If things don’t work out, it’s not you. It’s the two of you together. Unless, of course, you are an awful human being; in that case, it is you.

9. They Don’t Lie In Bed Dreading The Day Ahead Of Them

The best part of your day should be the moment you wake up and realize you’re still alive. We take life for granted too regularly.

10. They’re Not Afraid Of Slowing Down

Emotionally strong people aren’t in need of constant action and excitement. They don’t need to run around all day and keep moving in order to avoid their demons.

They appreciate a slow moment because it brings them closer to what it feels like to do nothing but living, breathing. This is not to say that they don’t enjoy excitement in their lives, but they aren’t junkies and are more than happy to just go for a walk and smell the roses.

Although they may not love every second of it, they like doing what they are doing because it’s bringing them one step closer to what they would love to do.

If you can’t say “no,” you will get abused. You’ll be considered a pushover and no one will ever ask you for your opinion or take it seriously when you give it. Saying “no” reminds people that they don’t have control over you.

We’re not too busy or too poor to donate our money and/or time. We don’t forget, either. Some people just choose to ignore our responsibilities as human beings.

The stronger you are emotionally, the more you come to appreciate others and life itself. You give life more worth and you begin to empathize with those who were dealt a bad hand.

The stronger you are emotionally, the more independent you become. You don’t feel the need to fit in because you fit in where it matters: the world.

People form smaller social groups that are often skewed and unhealthy. Wanting to fit in doesn’t say much more than “I’m afraid to be myself.”

15. They Don’t Forget That Happiness Is A Decision

Most importantly, the emotionally strong have learned to understand the power their brains have over both the mind and body.

They understand that emotions are reactions, not reactions to direct physical causes, but to the way we perceive those causes. In other words, our emotions don’t reflect reality; rather, our emotions reflect the way we interpret reality. Understanding this gives us near-full control of our emotions and, therefore, our lives.

Previous article9 Houseplants that clean the air and are almost impossible to kill.
Next article20 Things That Mentally Strong People Don’t Do.
Digital Media