A 15-year-old schoolboy could save millions of lives with his invention!!! 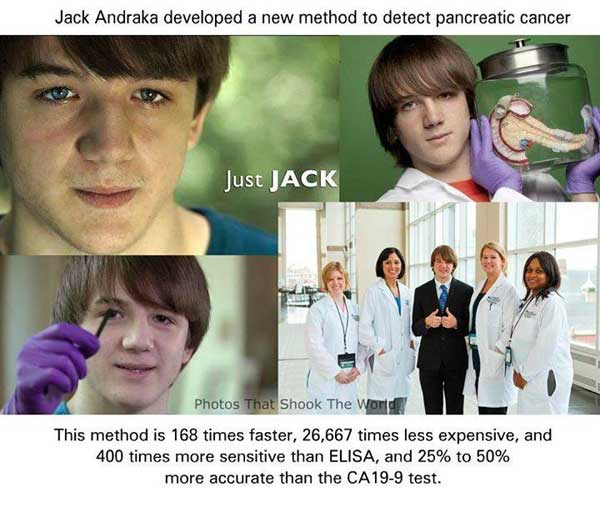 Jack Thomas Andraka is an American student and the 2012 Intel Science Fair grand prize winner. Andraka was awarded the Gordon E. Moore Award for his work in developing a new method to detect pancreatic cancer.

A 15-year-old schoolboy could save millions of lives after he invented a new, low-cost test that can detect the early stages of a deadly form of cancer.

Jack Andraka from Crownsville, Maryland, developed a simple dip-stick test for levels of mesothelin, a biomarker for early stage pancreatic cancer found in blood and urine.

It promises to revolutionize treatment of the disease, which currently kills 19 out of 20 sufferers after five years – largely because its so difficult to detect until its final stages.

Officials at Intel have said that Andraka’s method is more than 90 percent accurate in detecting the presence of mesothelin.

Previous article9 Best Times To Drink Water (Are You Drinking Water When You Need It Most)
Next articleYou could be GOD, by doing GOOD.
Digital Media