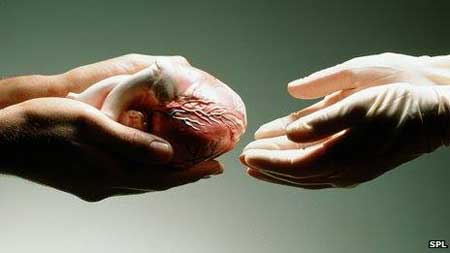 Shashwat Sharma was a brilliant mind. He was a thinker, even at 16 — and that’s rarely a word used to describe a 16-year-old boy. He understood and appreciated the value of studying. Still, the high school junior was a regular, red-blooded kid, so when his buddies convinced him to take his face out of his books to go skateboarding, he relented.

While he was out, he fell and sustained terrible head injuries. Last week, his mom and dad took him off life support. He passed away the same day.

I didn’t know Shashwat personally. He was the son of a friend’s friend. He wasn’t an avid skater and he wasn’t wearing a helmet. But my heart goes out to his parents for not only their unthinkable loss, but for making a heroic decision, even in their grief: despite the shock of their son’s death, they agreed to donate his organs.

So Shash, who always wanted to help folks, ended up saving the lives of six other people.

Leave it up to just about anybody in their right mind, “tragedy” would be one of those words that we dust off only when we’re having conversations about things we hear through word-of-mouth retellings with our neighbors or read in headlines while we’re waiting at the grocery store checkout line. We’re rarely — heck, I’m going to go out on a limb and say never — prepared to suffer through one ourselves, especially when it comes to our kids.

That this mother and father could piece together such a thoughtful tribute to their son and be so willing and kindhearted to help other folks continue their lives, even as their own baby was breathing the last few breaths of his, makes me question what I’d be capable of doing in a similar situation.

The saying goes that you never know how you’ll react to a predicament until you’re actually in it, but I can assert with all confidence that I would be too much of a grieving wild woman to be thinking clearly enough to be that generous to anybody else.

It’s just me and my Tween Princess, a dynamic mother/daughter duo living in a little apartment in the District, so it pains me to even think about an empty house with no Bruno Mars blaring on incessant repeat, no messy dishes neglected again and again in the kitchen sink, no pyramid of shoes piled up by the front door. Inasmuch as I complain about those very things, a big part of me would die if some crazy accident kept her from doing them.

I’m sure Shash’s parents are suffering from that very silence in their own household.

But even in adjusting to his untimely death, his mother and father can take pride in knowing that their son’s legacy isn’t just a news-making skateboarding story gone wrong or a reason for enthusiasts to point to him as an example of why boarders — experts, novices, and everyone in between — should be wearing a helmet whenever they step onto the pavement. They’ve made him the hero he never got a chance to become. And far as I’m concerned, there’s no better way to make sure his memory lives on.

It’s one thing to be an organ donor yourself (you are an organ donor, right?!). But faced with a similar situation, would you be willing to donate your children’s organs?

Previous articleWhat’s the point of religion?
Next articleThe Top 5 Regrets Of the Dying
Digital Media