5 Advantages of Biking to the Office 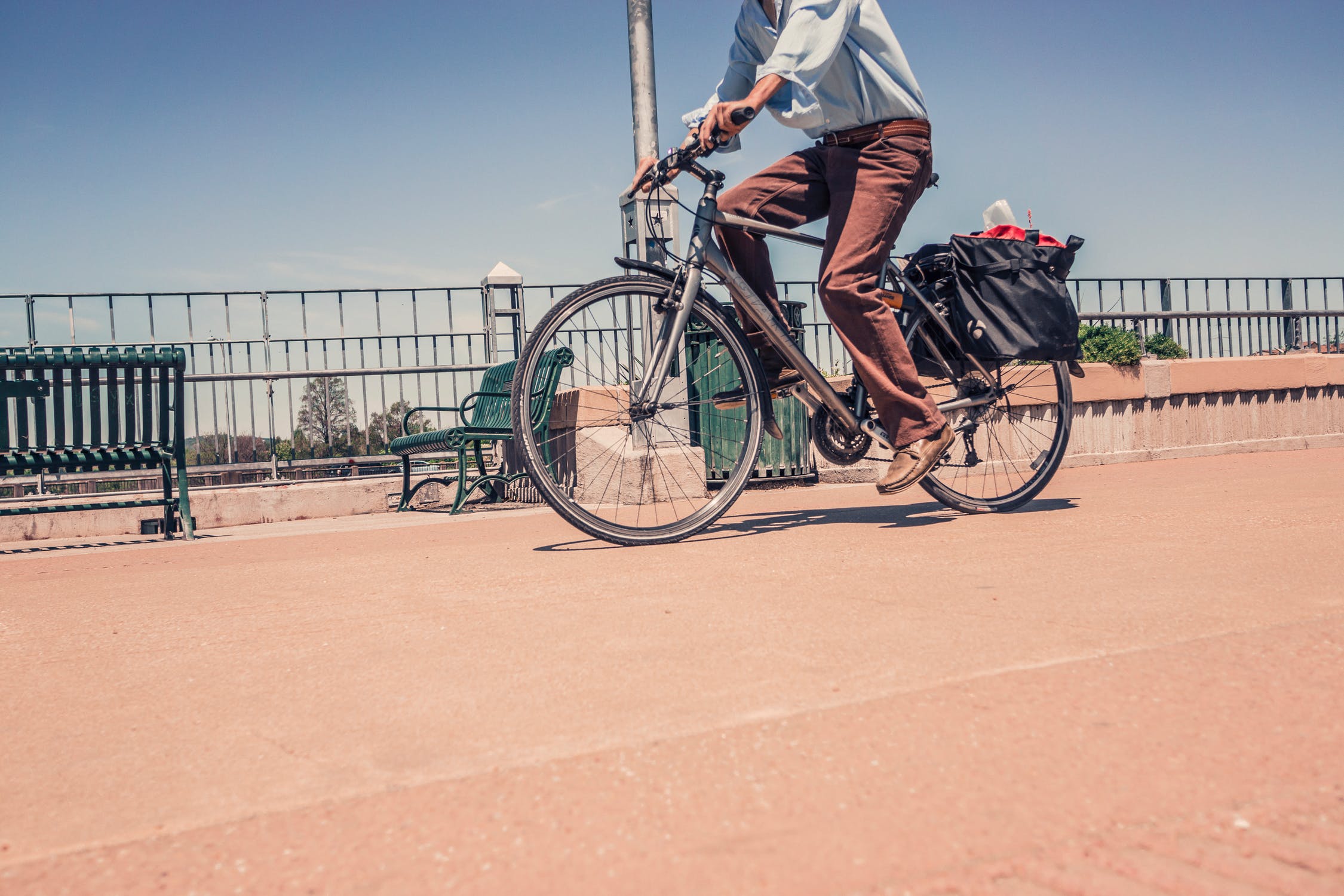 As climate change and environmental problems become more urgent issues, many local governments in the United States are pushing for policies and initiatives to lessen greenhouse gases in the atmosphere and save water and energy.

One of these initiatives is encouraging people to take sustainable methods of transportation. From 2000 to 2013, there was a 62 percent increase in bike commuters. In more bike-friendly cities and communities, the population of bike commuters rose by 105 percent.

It’s no surprise. Commuting by bicycle has plenty of amazing benefits on people’s health, finances, and lifestyles. If you’re considering biking to work (or anywhere, for that matter) from now on, check out some of the biggest benefits of cycling.

If you live in a big city, chances are you encounter traffic jams on a daily basis, especially during the peak commute times in the morning and evening. Being stuck in a traffic jam every day of your life will test your patience and sanity. Sooner or later, even the most patient and gentle people will snap. Perhaps that’s why many drivers have such bad tempers.

On a bike, you can take clear bicycle lanes and weave your way through traffic jams, whizzing by drivers stuck in their cars. You may even arrive to work with more time to spare.

Stay Active, and Get Fit

Cycling is exercise. Every time you get into your bike, you work out those muscles and bones and strengthen them every day. Regular cycling can boost your health and help you get fit. If you up the intensity of your ride, you can achieve better results.

Many cyclists use training tools and accessories, like a power meter, a biking computer, and a heart-rate monitor, to achieve their goals for starting the hobby. Every day, bike commuters can also benefit from using training gadgets for cycling. For instance, if you’re trying to lose weight, you can use the heart-rate monitor to track your heart rate and set the riding pace needed to burn fat.

Cars cost Americans thousands of dollars a year in fuel and maintenance. A car owner in 2015 would spend around $1,962 on gas and motor oil. The yearly cost of owning a midsize sedan would amount to $8,600 and $10,250 for an SUV. However, owning a bicycle would only cost $300 a year.

With the new Bike Commuter Act of 2019, bike commuters can now get a $53 tax break every month. Before the bill, bike commuters would get a tax-free reimbursement of $20 per month.

In Holland, the Dutch government is paying workers 22 cents per kilometer they pedal to encourage them to commute by bike. The United States is a long way from there, but the Bike Commuter Act is a start.

Boost Your Mood and Happiness Level

Bike commuters are the happiest kind of commuters. For one, they’re not usually stuck in the middle of traffic jams during the busiest hours on the road. For two, cycling has been known to boost mood and decrease stress and anxiety.

Like most forms of exercise, cycling triggers the production of more serotonin and dopamine in the brain, two chemicals responsible for making you happy. People who regularly cycle report improvement on how they perceive themselves and their worth, leading to higher self-esteem.

Biking has little to no impact on the environment. It doesn’t use fuel or energy. It doesn’t add carbon emissions to the atmosphere. In fact, if more people took a bike to work or their destination, there would be less CO2 and greenhouse gases on earth.

According to a study at the Institute for Transportation and Development Policy, if bikes or e-bikes take 14 percent of the travels in the world, it will reduce carbon emissions by 11 percent. That may not seem much, but it’s important to look at the figure on a global scale. With all the environmental problems the world is facing now, every contribution, no matter how small, is a step forward.

If you’re still considering whether to start commuting by bike, there’s no time like the present. Think of all the benefits you can experience when you commute by bike. On top of all the positive physical and mental health effects, like making you get fit, you also enjoy tax breaks and more savings as a bike commuter. You’re not only helping yourself but also helping the environment.