6 Warning Signs You Are About To Have A Stroke Soon 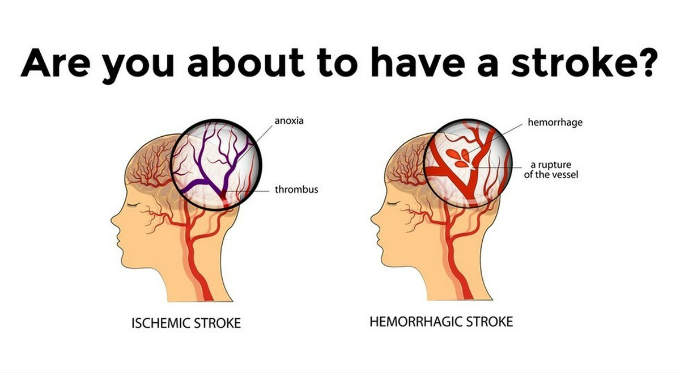 Higherpers Pectives | Strokes can happen to just about anyone at any given moment in time. Some circumstances being a lot more severe than others, however, each individual scenario should still be treated with a serious demeanor because it could mean the difference between life and death.

Both of these incidents can cause extreme damage to the brain if not resulting in death.

It also can be a little bit difficult to know when exactly you are having a stroke, however, other times it’s not as subtle. It’s important to keep in mind that strokes are claimed to the be the fifth reason for death in the U.S.

It’s also important to keep in mind that strokes can be minimized or reduced with the aid of exercise, a healthy diet, and watching your weight.

If you’ve been dealing with a severe migraine or headache then this could mean that there is a blockage within one of the blood vessels in your brain. However, there may be other situations where you do not feel anything at all.

If you do not have a lengthy history in having migraines/headaches and suddenly develop one out of the blue it could be a warning sign that you are having a stroke.

The reason why is that your brain is internally bleeding which is causing a sever chain of events that involves an extreme head pain.

Having a stroke can also impair your ability to focus/think critically. You will notice immediately that you are unable to have any sort of cognitive thought and that should be your indication that you’re suffering from a stroke.

The reason behind this is because a certain area in your brain may be lacking oxygen which is making it extremely difficult for your brain to process things as well as any other kind of function you would normally able to do.

There may also be times where you are unable to understand anything that anyone is saying to you.

Another huge warning sign that indicates that you are having a stroke is when you are unable to keep your balance standing up or able to make a full sentence.

This kind of side-effect may be hard to recognize if you are under the influence of alcohol or anything else that impairs your ability to think critically or being able to stand up without wanting to fall over.

A huge indication that it is a stroke and you aren’t merely intoxicated is if one side of your mouth begins to droop and you are having the utmost difficult time saying words. The reason behind this could be that there isn’t any blood getting to your facial muscles.

One of the huge warning signs that you are suffering from a stroke is if one of your arms have gone numb and you can’t help but feel extremely weak.

The reason behind this is that a stroke will only affect one side of your body which is entirely dependent on where the blockage/bleeding is located in your brain. If this feeling doesn’t go away after a few minutes this could your indication that you are suffering from a stroke.

Just like the issues described above about one of your arms being completely numb or weak goes for the same for your vision. If you suddenly are having issues with your vision in one eye specifically then this could be a warning sign that you are suffering from a stroke.

Another way to tell if this is happening is that since one of your eyes is unable to focus entirely due to the stroke you will definitely have what is known as double vision. This means that your eyes are no longer working together to focus on something but instead one of your eyes has become completely numb.

This is one of the harder to detect symptoms of having a stroke since fatigue and exhaustion can result from just about anything.

However, when there is a certain kind of disruption within your body you will notice that you are suddenly very tired which is due to your brain not getting any blood flow to the affected location.

One of the biggest indications that mean its a stroke is when it hits out of nowhere and you have no idea why you’ve suddenly become extremely exhausted.

The biggest thing to keep in mind about strokes is that it literally can happen you anywhere you are.

The best thing to do when you are suffering from a stroke is to watch for the signs, call for help immediately upon feeling as if you are not well, and getting to the nearest hospital as soon as you possibly can.