Others
By Staff Contributor
November 2, 2013 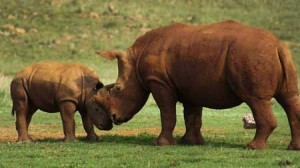 It is very unfortunate that many important species of nature is facing fear of extinction. Not because of natural systems effects but because of the greed of mankind.  This report by one green planet is very alarming. OranUtan, Elephants, Dolphins, Whales, Seals and the list goes on……

As we all well know, poaching is an ever-growing problem in Africa and has even been declared a “national security risk” in South Africa. Poaching is a lucrative and attractive business for poor rural residents and dangerous rebel groups like the al-Shabaab, who receive up to 40 percent of their funding from poaching.

Yet, efforts are underway to deter poaching activities from hiring more park rangers to the start of a creative poster campaign for the Chinese market comparing Africa’s rhinos and elephants to China’s precious pandas. Poaching poses a great threat to the stability of herds and ecosystems and has also placed a number of species in danger of extinction. All five of the world’s rhino species, for instance, are currently endangered, according to Mongabay.com.

With these facts in mind, when we heard that 790 endangered rhinos have been poached this year in South Africa alone – 60 percent of which were killed in Kruger National Park — we can’t help but just wonder if Africa’s doing anything to curb this at all.

The international community needs to come together and really step up to the plate because a world without rhinos is one we should never have to see.