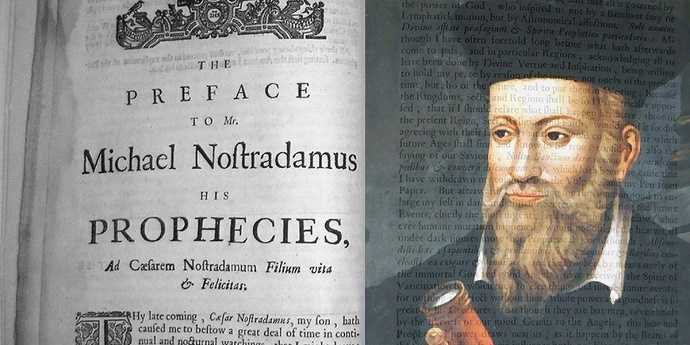 Nostradamus predicted that people born in 2016 will be able to live for more than 200 years and that 80 will be the new 50. Good news for all the new years babies.

The western world will abolish taxes.

In 2016, a great revolt will end taxes forever. Maybe President Trump, in his admiration for Somalia’s economy, will make it so.

You’ll need a permit to have kids.

Talk about taking Planned Parenthood to a new level. The seer predicted that by 2016, you would need a license and permit to bear children.

In particular, a huge earthquake will strike the western United States. The quake will be felt all over the world.

In 2016, WWIII will begin. It will last for 27 years. The war will begin with the appearance of a comet in the sky.

Nostradamus predicted it but scientists disagree. Mount Vesuvius has been rather quiet for the last 72 years and is expected to stay that way.

Humanity will make peace with animals.

“Pigs will become a brother to man,” the seer wrote of 2016. Some believe that this is an indication humanity will stop butchering animals. Some think this means we’ll develop technology to talk to our pets.

A world language will appear.

“After the invention of a new engine, the world will be like in the days before Babel.” Many think the engine in question is the Internet and that the technology will eventually create one world language.