About the City of Nalanda 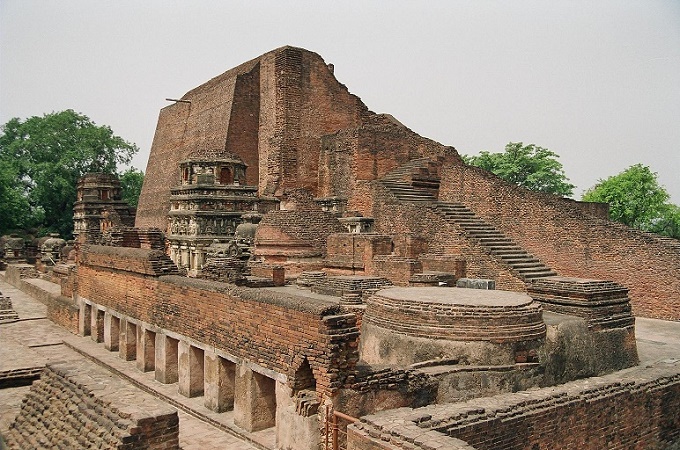 Considered as the city of monks, Nalanda is a big draw for all Buddhist pilgrims from around the world. Huen Tsang studied in the Nalanda University in mid 600′s. It was one of the biggest and oldest universities of the world and was considered as an epicenter of civilization during that period of time. Located in the state of Bihar, Presently a small town, Nalanda is a historic city with various ancient relics dotting its topography.

The excavated piece of ancient Indian culture housed in the Nalanda university archaeological complex is always a sample of interest to historians. Nalanda is associated with various religions and religious gurus. The small town was also visited by Lord Buddha (Father of Buddhism), Lord Mahavir (Father of Jainism), Emperor Harshavardhan, The Ashoka (Two great Hindu Kings), all of whom contributed a lot to this pristine land.

Nalanda is a village of archaeological importance and the signs of ancient Buddhist culture are visible in it. Many monuments relating to the birth and spread of Buddhism could be seen here. The village has an antique touch of religion and wisdom going hand in hand. The altitude of Nalanda is of 67 meters and ruins of once greatest university of learning is scattered all around the village.

A large number of ancient Buddhist establishment -Stupas, Chaityas, Temples and Monastery sites are common in Nalanda. The Nalanda museum has many of the ancient antique pieces preserved delicately.

The Nalanda Archaeological Museum – One of the prime attractions of Nalanda, its the signature site of the tourist. The museum preserve rare artifacts of Buddhist era and also Hindu statues and artifacts. The fine lord Buddha statues are also one of the attraction.

Nava Nalanda Mahavihara- This education institute constructed in 1951 was dedicated to the research and study of Buddhism and Pali literature. It is now a popular tourist attraction.

NalandaHieun Tsang Memorial Hall – The hall was made in the memorial of famous Chinese traveler Hieun Tsang. Here you can find some ancient manuscripts, relics and snaps of trail of Hien Tsang.

Surajpur Baragaon – Surajpur Baragaon is a revered Hindu pilgrimage located close to Nalanda and also visited by many people. The main attraction of the temple is huge sun temple beside the lake.

Not To Overlook- Excursions From Nalanda

Rajgir- The Rajgir city is renowned all over world for its Buddhist presence. It is around 12 km from Nalanda and also famous pilgrimage for Jains and Hindus. Most of the hills are toped by Digambara Shrines. Scenic beauty and serene ambiance utter sigh of relief to travelers from material world. The must see places of Rajgir are Swarna Gufa, Griddhakuta Parvat and Vishwa Shanti Stupa and many other.

Bihar Sharif- A pilgrimage of Muslims, it is located 13 km away from the Nalanda. The place is famous for Islamic architecture. the tomb of famous Malik Ibrahim Baya is positioned here and people from far places come to to see and celebrated annual Urs.

Bodh Gaya- It is most important pilgrimage center of Buddhism and located 50 km away from Nalanda. Maha Bodhi temple is the prime attractions besides several monasteries are there, which were built by governments of different Buddhist countries. You can also stroll to archaeological museum.

Pawapuri- Pawapuri is the place where lord Mahavira died. So, the place is much revered by Jains. The place is located 47 km from Nalanda and a good place to see.

Previous articleRight Thought
Next articleScience and Buddhism Agree: There is No ‘You’ There
Digital Media