The amazing intelligence of elephants

“”Researchers have found that elephants understand pointing. It’s more evidence of their intelligence, yet people still hunt them”” 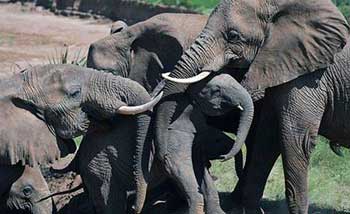 Science in the 21st century is at last beginning to map the intellect of elephants – and that may cause trouble for those who shoot elephants for sport, such as big game hunter Donald Trump Junior, or for profit, such as poachers exploiting the greed for ivory in China. The scientists are playing catch-up, proving right the insights of a poet from the 17th century, a biologist from the 19th century and a teak forester from the 20th.

At the University of St Andrews, Prof Richard Byrne and his colleagues have discovered that elephants immediately understand people when they point with their arms. This skill comes naturally, and suggests a depth to elephant intelligence first identified by the poet John Donne, who wrote that the elephant is “nature’s great masterpiece … the only harmless great thing.” 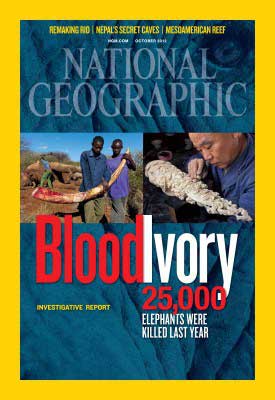 Two centuries on, Darwin wrote that man and the higher animals share “the same senses, intuitions, and sensations, similar passions, affections, and emotions, even the more complex ones such as jealousy, suspicion, emulation, gratitude, and magnanimity; they practise deceit and are revengeful.”

In Burma, before and during the second war, James “Elephant Bill” Williams observed the amazing intelligence of his elephants, their empathy, their emotional sophistication and their anger. For my novel, Elephant Moon, set in Burma in 1942, I drew on Elephant Bill’s wisdom, and, without wishing to give the plot away, Darwin’s point about revenge.

The more I read about the massive elephant brain, the more convinced I’ve become, in the words of one psychologist, Graeme Shannon of Sussex University, “there seems to be something going on there”. He was talking about elephants in Kenya being able to distinguish between different languages – English, safe, the language of tourists clicking cameras; Maa – potentially dangerous, the language of the Maasai warriors who occasionally kill elephants; and Swahili, generally safe. The elephants seemed anxious when someone spoke Maa; the moment she switched to Swahili, they became calm.

Animal psychologist Karen McComb, also at Sussex, played back elephant sounds – the deep, gargling rumble they make – to discover how many individual voices one animal could recognise. The answer? More than 100. Research in Japan suggests they can count, too. But it is the empathy of elephants that stands out, that makes them seem so alike to humans. My (wholly unscientific) research on elephants squares with Prof Byrne, when he wrote: “What elephants share with humans is that they live in an elaborate and complex network in which support, empathy, and help for others are critical for survival.”

All of this raises the stakes in the battle with those who carry on shooting, in some cases poisoning, elephants for pleasure and gain. If the elephant brain is much more like the human one than hitherto thought, then we may be looking at a Kantian categorical imperative: “Thou shalt not kill elephants”.

And that means taking on Chinese power. The New York Times last year reported that 70% of the illegal ivory trade is going to China and that Chinese online forums offer ivory chopsticks, bookmarks, rings, cups and combs, and advice on how to smuggle it.

The poachers will stop killing elephants when the Chinese market for ivory collapses. To that end, education and enforcement matter – but that may not be easy if, as the New York Times suggested, the People’s Liberation Army loves nothing more than an ivory trinket.

George Orwell wrote in his essay, Shooting an Elephant: “I did not want to shoot the elephant. I watched him beating his bunch of grass against his knees, with that preoccupied grandmotherly air that elephants have. It seemed to me that it would be murder to shoot him.”

And about that, as so much else, Orwell was bang on target.