Are Buddhists non-theists or atheists – and what’s the difference? 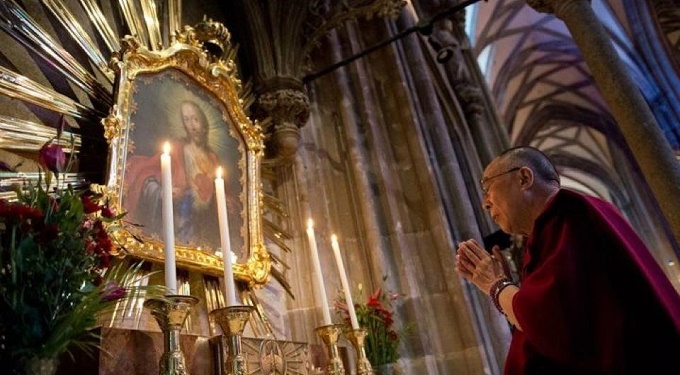 Buddhism is a non-theistic tradition, meaning that it does not involve a belief in God.  The focus of Buddhism is on the nature of mind.  What concerns Buddhists is an understanding of how consciousness works, not only in theory but more importantly in practise.  Our goal is to take charge of our own mental continuum, both for our own benefit as well as for the benefit of those around us.  We are offered not only a comprehensive tool box of techniques to help achieve this, but also a living tradition of more advanced meditators who provide living evidence that we all possess the innate potential of subtle consciousness, the nature of which is a boundlessness and radiance beyond anything that most people ever suspect.

Buddhists don’t invoke God in any of this.  Does that make us atheists?  In my view – and I should stress that this blog is necessarily personal – the answer to that question depends on two things.  The first is your definition of atheism.

If you define atheism as the absence of a belief that God exists, then you might say that such a definition equates to the non-theism of Buddhism.

But atheism can go way beyond the absence of a belief.  Some atheists don’t merely lack a belief in God.  They have a strong, emotional investment in the belief that God does not exist.  To me, these atheists seem every bit as intolerant of alternative views as religious fundamentalists – not to mention as evangelical in their determination to convert others to their own point of view.  It is not good enough for them to believe that God does not exist.  They want to impose their beliefs on everyone else.  Buddhism is definitely not on the same page as this version of atheism.

The second, much more interesting matter, is how you define God.  If you have, as your starting point, a notion of God as the uncle in the attic, then there is little common ground.  If, on the other hand, your starting point is that there can be only one ultimate reality, that the nature of this reality is beyond concept, that, over the past few thousand years different cultures have pointed to this non-conceptual reality in a variety of ways, and that ultimately we are all on the same journey, as Albert Einstein put it, ‘to attain liberation from the self’, then this is somewhere that different traditions can perhaps find some common ground.

Which perhaps goes some way to explaining how one of the first members of the Tibetan Buddhist group I belong to, was a Christian monk!

I’ve chosen as an image to accompany this post, a photo of His Holiness, the Dalai Lama at St Stephen’s Cathedral in Vienna, Austria, in 2012.  The Dalai Lama has always urged people to stay with the tradition of their own culture, and to use Buddhism, not to become Buddhists, but to become better Christians, Muslims, atheists or whoever-they-are.

Previous articleBuddhist theism: Is Buddhism Theistic or Atheistic?
Next articleWhen This Boat Crew Realized What They Were Seeing, It Was Almost Too Late To Escape
Digital Media