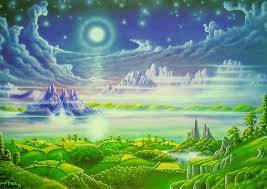 At the heart of Buddhist teachings is a crucial ambiguity that has become increasingly problematic as Buddhism has globalized. Today it’s clear that this ambivalence needs to be resolved if the Buddhist tradition is to help us address most effectively the challenges that now confront us.

In early Buddhism the “end of suffering” is nirvana, literally “blown out” or “cooled off.” Yet it’s not clear what that metaphor means, because the Buddha described nirvana mostly with negatives (the end of craving, ignorance, etc.) and other metaphors (the Shelter, Harbor, Refuge, etc.). His reticence leaves the important question whether nirvana refers to something that transcends this world — some other dimension or reality — or whether it describes an experience that is immanent in this world — a state of being that could perhaps be understood more psychologically, as the end of greed, ill will and delusion in our lives right here and now.

Whether or not the duality between this world and some otherworldly goal accurately reflects the original views of the historical Buddha, it is similar to what is found in most of the other spiritual traditions that developed around the same time, during the Axial Age (roughly 800-200 B.C.E.) that gave rise to Vedanta, Jainism, Buddhism, Confucianism, Taoism and Judaism, as well as Pre-Socratic Greek philosophy and Platonism.Theravada Buddhism, which bases itself on what it believes to be the original teachings of the Buddha, understands nirvana as an Unconditioned realm that transcends samsara, this world of suffering, craving and ignorance. The ultimate goal is to escape the unsatisfactory world we now live in, by avoiding rebirth into samsara. 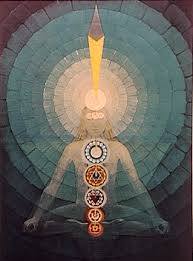 The Axial worldview was quite different from that of older empires such as Mesopotamia and Egypt, which believed that the gods related to humanity mainly through a king or emperor at the top of the social pyramid. The authority of such rulers was as much sacred as secular, because they were the only ones directly in touch with the divine realms. The Axial revolution brought about a new relationship between the transcendent and each individual. In fact, this relationship created the individual. Instead of connecting to the divine through a priest-king, now everyone has his or her own personal relationship with God, Brahman, or the Tao. In Buddhist terms, each of us has the possibility of awakening and attaining nirvana. This also implied a circle of empathy and compassion that incorporated everyone else who has a relationship with the sacred.

The most revolutionary aspect of this new relationship was a sacred demand that we transform ourselves. It was no longer enough to fulfill one’s social function by supporting the ruler’s sacrosanct role: now the transcendent expected each individual to take responsibility for his or her own life. In the Abrahamic traditions this was mainly an ethical requirement that we live according to God’s commandments. To risk a further generalization, the emphasis in India was more on liberation from this world of maya, usually translated as illusion. To awaken is to realize the really Real, which is something other than its appearances.

“Give me a place to stand and I shall move the Earth,” Archimedes said. Culturally, that leverage has been provided by (our belief in) transcendence, which offered the reflective distance — the alternative perspective — necessary to evaluate and try to improve oneself. To paraphrase something Renan wrote, the transcendent is the way that the ideal has made its appearance in human history. The world we live in today — including our concern for democracy, human rights and social justice — became possible because of that “other world.” 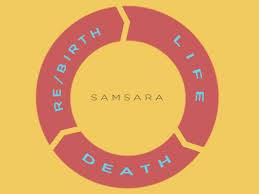 Nevertheless, such cosmological dualism has also been problematic. It became a split within us, between the “higher” part (the soul, rationality) that yearns for escape from this vale of sorrow and the “lower” part that is of the earth (physical bodies and emotions). As the Buddha emphasized, this world is a place of suffering and death. Much of the attraction of the Axial religions, including Buddhism, is that they seem to offer an escape from mortality. Dread of death also explains our degradation of the material world, nature, animals, our bodies, sex and women (who remind us that we are conceived and born like other mammals). We don’t want to perish: We want to be immortal souls that can qualify for heaven! Or no-selves that might attain nirvana. All the Axial spiritual traditions were or became patriarchal: the hierarchy between higher and lower worlds became reproduced in the hierarchy of men over women.

The problem with those approaches today, of course, is that science has not discovered anything that supports such cosmological dualisms, which may have outlived their role.

Largely in reaction, a this-worldly alternative has become widespread in contemporary Buddhism: understanding the path as a program of psychological development to help us deal with personal problems, especially one’s “monkey mind” and afflictive emotions. The aim is to gain insight into how our minds work, in order to make our lives less stressful.

Although this is a beneficial development in many ways, what we might call the “psychologization” of Buddhism tends to de-emphasize its ethical precepts, community life and awakening itself, all of which are central aspects of Buddhism in its Asian context. This is especially true of the mindfulness movement, which extracts one technique from a tradition that has so much more to offer, including a deeper transformative insight into one’s true nature.

Without denigrating such practices, we need to ask: Do psychological and mindfulness approaches help to develop an awakened society that pursues social and ecological justice? How do they address the challenge of growth-oriented corporations that are damaging the sustainability of life on Earth? Is Western Buddhism being commodified into a self-help and stress-reduction program that does not raise questions about consumerism and our dysfunctional economic system, but helps us adapt to them?

Beyond Transcendence and Immanence

If transcendence encourages dis-identifying from our lives here, because focused on escaping this world, psychological appropriations of Buddhism (including the mindfulness movement) tend to accept this world as it is — to presuppose the prevalent, Western-derived worldview about who we are, what the world really is, and our role within it.

Do both miss the point? Buddhist awakening is a profoundly transformative realization that this world as we usually experience it, including the way that I usually experience myself, is neither real nor unreal, but a psychological/social/linguistic construction that can be deconstructed and reconstructed, which is what the spiritual path is about.

The most problematical aspect of this construct is the sense of myself as a being separate from the rest of the world. Because it has no substantiality or reality of its own, the sense of an “I” that feels separate from others is inherently insecure and anxious.

Awakening, from this perspective, is not an escape from this suffering world, nor a grudging acceptance of its existential and social realities, but letting-go of oneself (Dogen calls it “forgetting yourself”) and “falling into” the world, to realize one’s nonduality with it. Meditation enables this process, because we let-go of the mostly habitual ways of thinking, feeling, etc., that normally work together to sustain one’s sense of self.

As Nisargadatta put it:

If there is no inside (my mind), the outside (external world) is not outside! Wisdom and compassion: the two wings of the dharma.

This way of understanding enlightenment has important implications. If awakening involves transcending this suffering world, we can ignore its problems. If the Buddhist path is psychological therapy, we can focus on our own problems. But both of those approaches reinforce the illusion — the basic problem — that I am separate from others, and therefore can be indifferent to what they are experiencing.

Then the bodhisattva path is simply a more developed stage of personal practice. One learns to live in a way that embodies what has been realized. There is no individual salvation from the ecological and social crises that confront us today. They are just as much spiritual crises, because they challenge us to wake up and realize that our own well-being cannot be separated from the well-being of others, or from the health of the whole Earth.

Previous articleThings I Learnt from Sachin Tendulkar
Next articleInterpreting for His Holiness the Dalai Lama : Interpreter Opens Up About Working With His Holiness
Digital Media