We Are Better Than This 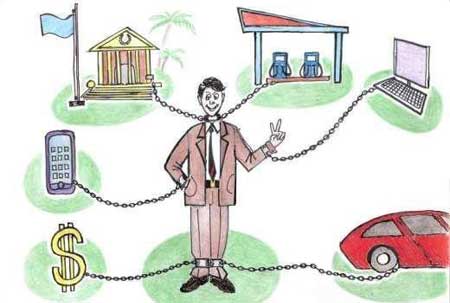 Americans will remember Monday, April 15, 2013 as a day in which unspeakable violence took the lives of three people and wounded at least 153 after bombs exploded at the Boston Marathon finish line. Thousands of miles away, Iraqis will remember this same Monday as a day in which violence claimed the lives of at least 31 people and over 200 injured after multiple car bombs detonated in Iraq’s capital, Baghdad, and several other areas. Afghans will remember this Monday as a day in which a ghastly roadside bomb in the Zabul province killed seven and wounded four other human beings. These are the headlines, only for this particular Monday, and we can be sure some lost lives have yet to be reported.

Humanity is better than this. We are a resilient, adaptable species with a propensity towards community and kindness. Yet, we continually find ourselves locked in a dangerous spiral of retaliation, fueled and fanned by the winds of “justice” that creep into every speech, every condemnation, every epitaph, and every time responsibility is taken. We have the capacity for unspeakable violence, yes, but we also have a profound capacity for love.

It makes little difference if we’re talking about terrorist bombings or state sanctioned war, neither type of violence composes our dominant nature. This is the very sentiment the 1986 Seville Statement tries to correct. “It is scientifically incorrect,” the founding authors write among five major propositions, “to say that war or any other violent behavior is genetically programmed into our human nature.” Anthropologist Douglas P. Fry celebrates peaceful, nonviolent human nature in his 2006 book The Human Potential for Peace, proclaiming compassionately, “Certainly, violence is part of the human species’ profile, but it is only part of the picture. A balanced view of human nature also recognizes the substantial capability that people have for limiting and dealing with conflicts without force.”

This doesn’t mean there will come a time when human conflict ceases to exist; rather, we may see a day when we eradicate violent conflict. Famed psychologist Marshall B. Rosenberg explains violence as, “the result of people tricking themselves into believing that their pain derives from other people and that consequently those people deserve to be punished.” Such a statement seems inflammatory when you look at events in Boston, Iraq, and Afghanistan. Surely the pain was the direct result of another’s explicit actions. Yet, we are systematically conditioned to believe that more pain – more violence in the name of justice – is necessary to erase our own.

In his address on the Boston bombings, President Obama plainly states, “And we will find out who did this; we’ll find out why they did this. Any responsible individuals, any responsible groups will feel the full weight of justice.” Americans, in fact the entire global community, already know what this means. We already know that with the “full weight of justice” comes violence, pain, suffering and destruction. Yet, we will allow this kind of justice to pass, despite and because of the fact that we believe violence is inevitable and hardwired in human nature, and despite the overwhelming evidence that we are capable of creating a world in which justice means fully repairing harm, restoring community health, and breaking the destructive, violent, painful cycle of retribution. Our pain will never heal on the back of another’s. Pain is healed through compassion, empathy, the kiss of a mother or father.

Step outside today and bear witness to your community, to the world. Bear witness to pain and suffering, but also to pleasure and flourishing. Despite seeing violence, which many of us will unfortunately encounter, we’ll also experience the overwhelming evidence of the peaceful nature of human beings. The smell of food cooking, the sound of songs sung, the touch of a concerned friend, the sight of billions of people going about their day without harming any other. This invisible condition of human nature must be made visible. We must recognize that human beings spend the vast majority of our time actively avoiding violence – it is not in our nature to wish violence on others or ourselves.

What would it take to create a world without violence? What would we give? The beauty of imagining such a world – a world in which we accept death as inevitable and violence as not – is that it already exists inside of each of us. In concluding their statement on human nature and violence, the signatories of the Seville Statement claim that it is possible for us to end war and the suffering it causes, but warn, “we cannot do it by working alone, but only by working together. However, it makes a big difference whether or not each one of us believes that we can do it. Otherwise we may not even try.” Go outside today and recognize the true nature of humanity. Recognize that together we have the capacity for unspeakable love. Recognize that our brains evolved to function in community not to tear communities apart. Recognize that there is no moral righteousness in violence so long as the very core of humanity is peaceful, and it undoubtedly is. I believe we can eradicate the horrific violence seen Monday in Boston, Iraq and Afghanistan, but to do so we must predominantly believe it is possible. We must believe in and bear witness to our human capacity for peace.