Beware of These 10 Popular Chocolate Brands that Exploit Child Slaves 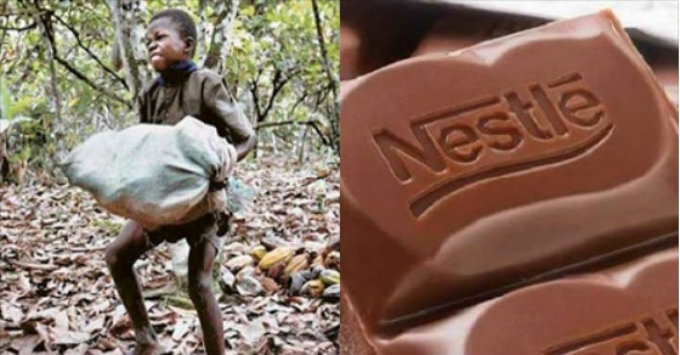 Vralalternativenews.com | Americans spend over a billion dollars every Halloween on chocolate, accounting for 10% of most chocolate company’s annual revenue. And the average American citizen eats over 11 pounds of chocolate a year. So this Halloween, use your money to let them know that child slavery will not be tolerated by American consumers.

Last September, a lawsuit was filed against eight companies – including Hershey, Mars, and Nestle – alleging that the companies were duping consumers into “unwittingly” funding the child slave labor trade in West Africa, home to two-thirds of the world’s cacao beans.

Worker ages range from 11-16 (sometimes younger). They are trapped in isolated farms, where they work 80 to 100 hours a week. The film Slavery: A Global Investigation spoke with freed children who reported that they were often beaten with fists and belts and whips.

“The beatings were a part of my life,” Aly Diabate, a freed slave, told reporters. “Anytime they loaded you with bags (of cocoa beans) and you fell while carrying them, nobody helped you. Instead they beat you and beat you until you picked it up again.”

To help you avoid supporting slavery this Halloween, Here’s are ten chocolate companies that benefit from child slave labor: 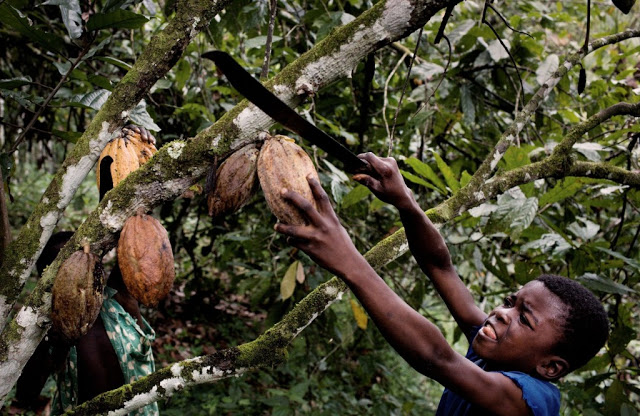 Legislation nearly passed in 2001 in which the FDA would implement “slave free” labeling on the packaging. Before the legislation made it to a vote, the chocolate industry – including Nestle, Hershey, and Mars – used its corporate money to stop it by “promising” to self-regulate and end child slavery in their businesses by 2005. This deadline has repeatedly been pushed back, with the current goal now at 2020.

Meanwhile, the number of children working in the cocoa industry has increased by 51 percent from 2009 to 2014.

As one freed boy put it: “They enjoy something I suffered to make; I worked hard for them but saw no benefit. They are eating my flesh.”

Here is a list of more socially conscious companies who have made a point to avoid profiting off the suffering of child labor:

By Nathan Wellman | Via U.S. Uncut