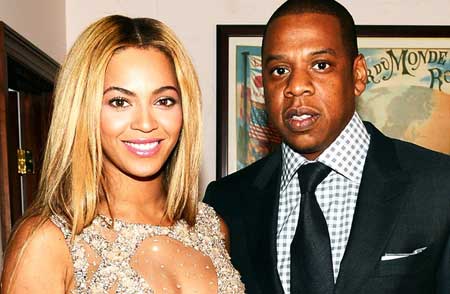 One may call it an attempt to catch the attention of those who embrace a vegetarian life. Some may call it a drama to get them up on the discussion board. Whatever it is, this isn’t a bad idea after all when looking at celebrities who draw attention by nude poses with religious statues. We hope they are setting a great example this season to try something that is totally against the natural desire of us humans. Let’s see what their mission is as reported by eonline.com.

Setting a big Christmas example to the rest of the world, Beyoncé and Jay Z are eliminating meat and animal products from their diets until the Christmas as rapper revealed via his blog yesterday.

“Psychologists have said it takes 21 days to make or break a habit. On the 22nd day, you’ve found the way,” Jay Z wrote. “On December 3, one day before my 44th birthday, I will embark on a 22 Days challenge to go completely vegan, or as I prefer to call it, plant-based!

This all began a few months back when a good friend and vegan challenged me to embrace a ‘plant-based breakfast’ every day. It was surprisingly easier on me than I thought.”

The “Holy Grail” rapper then explained why he waited until now to practice veganism. “There’s something spiritual to me about it being my 44th birthday and the serendipity behind the number of days in this challenge; 22 (2+2=4) coupled with the fact that the challenge ends on Christmas Day,” he wrote. “It just feels right!”

He ended the post by confirming that his wife of five years is on board. “B is also joining me,” he said.

Previous articleThis is what we humans are good at doing: you won’t believe your eyes
Next articleIsn’t it a pathetic US law? Treating homeless could be a crime
Digital Media