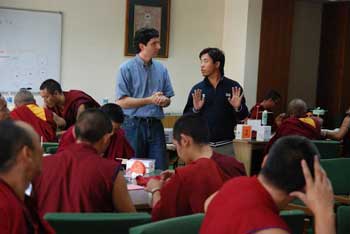 “Seeing the tremendous importance of science and recognizing its inevitable dominance in the modern world fundamentally changed my attitude to it from curiosity to a kind of urgent engagement. I wanted to understand science because it gave me a new area to explore in my personal quest to understand the nature of reality. I also wanted to learn about it because I recognized in it a compelling way to communicate insights gleaned from my own spiritual tradition.” — Tenzin Gyatso, the 14th Dalai Lama

Twelve years ago, the Dalai Lama’s private office partnered with my family foundation (Sager Family Foundation) and the Library of Tibetan Works and Archives to create a groundbreaking program called Science for Monks to teach Western science to Tibetan monks and nuns. It represents the first time in the approximately 1,500-year history of Tibetan Buddhism that Western science is being taught in the monasteries. 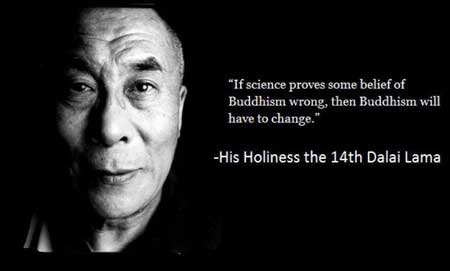 Recently, the Dalai Lama addressed a luncheon gathering at my home in Boston and announced a decision by the leaders of the monasteries to make the study of Western science part of the core curriculum required of all monastic scholars in the Gelug tradition. His Holiness further commented that the decision to include Western science was the most significant change to the monastic curriculum in centuries.

The Science for Monks program isn’t an attempt to inject science into the monks’ religious thought. It isn’t, for example, about how the study of the human genome might affect someone’s belief in reincarnation. Their study of science is meant to add additional scholarly insight and to provide another touch point for a two-way discussion on the nature of reality and an exploration of how Western science and Buddhism can help each other to best serve humanity. We hope that having a more complete worldview gives greater voice to the monks’ centuries-old wisdom.

My new book, “Beyond the Robe,” tells the story of the decade-long development of the Science for Monks program and what it reveals about the larger role Tibetan Buddhist monks and nuns can play in their monasteries, in their communities, and in the world at large. “Beyond the Robe” is a collection of essays from the monks and scientists containing the first insights that have come out of that historic effort.

Robert Thurman, a leading expert on Tibetan Buddhism who wrote the book’s foreword, explains why these monks and nuns have so much to contribute to the dialogue with science. “It is important to understand that Buddhism itself, as the lived practice of professional monks and nuns, is more than one-third ‘science,’ beyond ‘religion,’ if ‘science’ is defined as the quest for the empirical realization of the true nature of the universe, and ‘religion’ is defined as faith in a belief system about the universe. The lifelong study of science by the Dalai Lama is not just due to a personal affinity he happened to have. It is a natural result of the culture he grew up in and the education he received.”

Through their historic study of science, these remarkable men and women show their potential for an expanded role in their community, not necessarily as scientists, but as more engaged citizens, more informed messengers and more well-rounded scholars.

An excellent example of how Western scientists and Tibetan monks have come together to make the world a better place is a new program the Sager Foundation has launched with the Dalai Lama Center for Ethics and Transformative Values at MIT called Science, Monks and Technology. This program teaches Tibetan monks practical technologies like solar power and clean water systems, empowering monks to better the everyday lives of their fellow refugees living in the Tibetan diaspora.

The Dalai Lama says that academic study as an end in itself isn’t enough. The job description of a monk is to make a positive difference in people’s lives, which means that our conversation between monks and scientists only matters if it leads to actions that benefit our world.

I hope these programs and the book will help people to take a closer look at Tibetan monks and nuns to better understand their immense potential to provide leadership in their world and further insight into ours. Leaders without ego. Leaders who are even tempered, dedicated, compassionate people. These are people we should want to have the greatest possible voice.

Instead of simply admiring them from afar, let’s all get close enough to really listen. After 12 long years of developing Science for Monks, we’re still very much at the beginning of the beginning. Perhaps what we learn will matter to a world searching for a better way forward. Maybe it will. Maybe it won’t. But maybe it will.