If you are organizing a big event, then, you will need a thorough crowd control management plan. It’s because big events attract thousands of people. Hence, good crowd control is essential in order to prevent any unpleasant situations, such as fights, wandering attendees, long queues, and other events that might happen during an event.

However, sometimes the crowd goes out of control, as it can happen in case of earthquake, fire, waiting in long lines, and so on. That is a consequence of the lack of crowd control management. This means you have missed some important points in your plan. In order to help you out with that, we show you the biggest crowd control management mistakes you shouldn’t allow to happen. 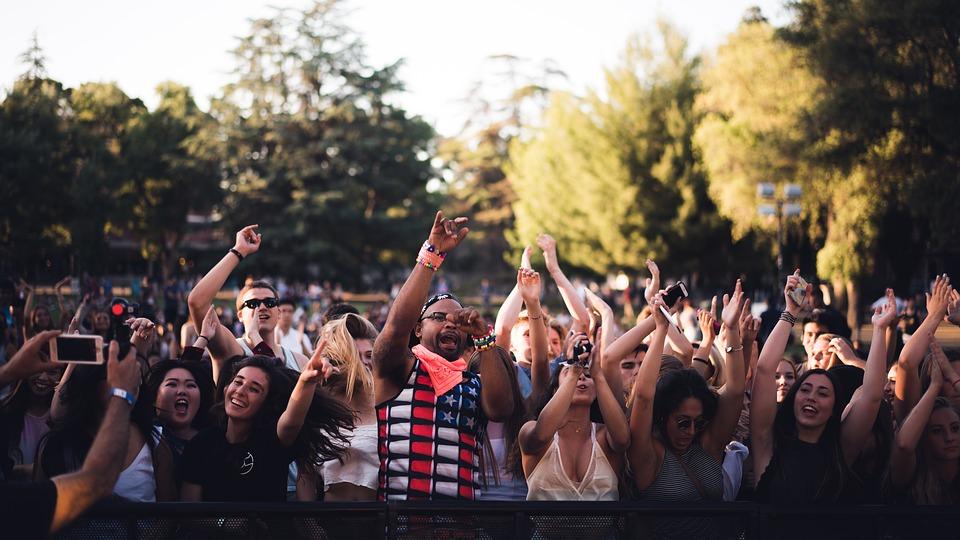 Imagine the chaos caused by attendees not knowing in which direction they should move and where to go to find a certain area. It’s a real disaster. Not only it looks bad for the event organizer but it can also lead to many unwanted situations, such as angry guests, people pushing each other when moving around, or even a human stampede.

This situation is a result of a lack of signage, which is one of the crucial elements in crowd control management. Hence, not having enough signs, including area dividers, such as rope dividers, will lead to guests walking around and asking for directions or even some really serious situations, such as those mentioned in the previous paragraph. And that is definitely something you don’t want to happen.

Queues are a normal part of every event. However, if they are too long, there’s something wrong with the crowd control organization. It could mean that there isn’t enough staff that would speed up the processing or serve the attendees. It could also mean that the staff isn’t competent enough or doesn’t know their responsibilities.

Regardless of the reason, long queues are something you should ensure doesn’t happen. It’s because waiting in line is one of the biggest reasons why people become nervous, frustrated, and fight. Therefore, always make sure you have enough people in the team who know what they are doing and how they are doing it. Also, ensure there are enough access points to shorten the waiting time.

Not Conducting A Risk Assessment

Risk assessment is another very important element of crowd control management. It’s because by conducting it, you will be able to predict all possible security issues that might occur during the event. Therefore, you always have to think about all the things that could go wrong and the reasons for that.

Namely, the crowd is one of the factors which can cause a security issue. If, let’s say, you are organising a conference, the audience will be made of business people who aren’t likely to cause any unwanted situation. On the other hand, if you organize a sports event, there will be a lot of fans in the crowd who will probably be aggressive and do things like, running to the stadium or getting into a fight with the fans of the other team.

Apart from analyzing the audience, you can do research on the common security threats that have happened during events such as the one you organize. If you don’t conduct a risk assessment, you won’t know the potential risks that the event is exposed to and won’t be able to prevent them.

Not Monitoring The Event

Although you have a well-prepared plan for crowd control, sometimes unexpected things happen. You simply cannot foresee the future. That’s why you always have to constantly monitor the entire venue, not just the event. Namely, you should monitor the queue to prevent forming of long lines. If that’s the case, you will be able to act on time by sending more people to speed up the processing, thus shortening the lines and the waiting time.

Lack Of Communication With Your Team

Communication is one of the most important factors for successful crowd control. Therefore, you have to involve your team (staff) in the planning and ensure there’s constant communication between the staff during the event. That’s the only way to ensure things are going according to your plan.

The last thing you have to do is to check your plan. Although we are sure we have covered everything, there can always be some detail we have missed. And, that can greatly affect the overall crowd control management.

In order to prevent that you should check your plan once you have done everything. In this way, you will ensure everything is as it should be. So, check with your team if they understand their responsibilities and communicate with each other. Also, check if there are enough signs inside and outside the venue and if you have enough staff.