The Buddha on Astrology 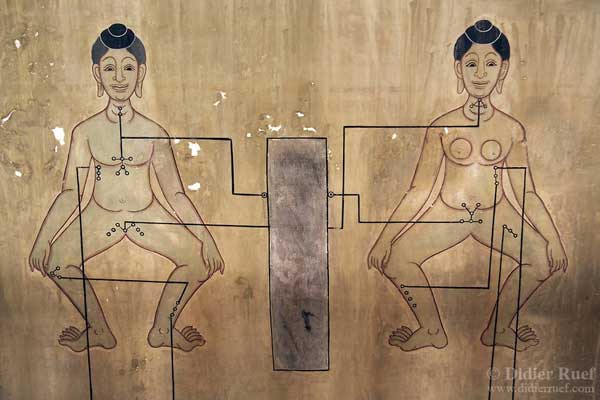 Astrology is an alleged mechanism for making predictions of the future based upon the position of celestial bodies. It along with numerous other clairvoyance and divining techniques form the common body of occultism attributed to the Rishiwaru or ancient “Sages”. A significant proportion of Sinhalese Buddhists of the modern age have a firm belief in astrology especially when it comes to marriage, starting something new and finding a solution to problems in life, aspects in life to which the Buddha gave much greater and realistic guidance.

Unfortunately, the matrimonial page of a newspaper is a sad indicator of how much we have become slaves to the horoscope. Compatibility for marriage is evaluated based upon the unrealistic 20 porondum instead of compatibility of thought or conduct. Also, never do we see the horoscope revealing whether the prospective groom is an alcoholic, chain-smoker, charlatan, womanizer or compulsive gambler. Nor do we see the horoscope revealing if the prospective bride has a clandestine affair.

In the Baddekaratta Sutta (Majjima Nikaya, Volume 3, Sutta 131) the Buddha states that “a person who does what has to be done at the present moment lives an entire life of auspice”. On the other hand, people who wait until the auspicious time to do something, do nothing better than procrastinate.

Verse 160 of the Dhammapada reads “your saviour is yourself”, this advice is what a true Buddhist must heed when faced with a problem. Without resorting to the help of non-existent invisible forces, the solution to problems in life must be sought with courage by oneself. This advice is reiterated in the Jata Sutta (Samyutta Nikaya, Chapter 7, Sutta 6) where in reply to a question on how to untangle the tangles of life (problems of life), the Buddha states, “the person who is of virtue and wise, the monk who is ardent and astute can untangle the tangles of life”.

The Mahamangala Sutta or the Sutta of the Great Auspices was preached by the Buddha to settle a confusion on what a good omen is. The Buddha mentioned 38 such good auspices which include not living among the unwise, living among the wise, praising the praiseworthy and so on. Having favourable astrological positions or following the path of astrology is not mentioned among these 38.

Furthermore in the Parabava Sutta in which the Buddha details bad practices which can lead to ones downfall, there is no mention of downfall caused by not following astrology. However, it does mention the true paths to downfall such as alcohol, over indulgence, disrespect, sexual misconduct etc.

The Nakkatta Jataka (Jataka 46) is another occasion where astrology is portrayed in its true counterproductive nature. It describes the story of villainous astrologer who gets enraged that he was not consulted regarding fixing a date for a wedding. He then stops the wedding from taking place by telling the groom’s family that the wedding day is unlucky. As a consequence however, the groom is denied his true blessing, a good wife.

It is here where the Buddha preaches the timeless verse “Nakkantha pathimanethan atthabalan upacchaga – atththo atththassa nakkanthan kin karrisanthi tharaka.” (The fool who procrastinates waiting for an auspicious time will never achieve ones objective. The true auspicious thing is achieving your objective. What could stars in the sky do?)

The Brahmajala Sutta (Deega Nikaya, Volume 1, Sutta 1) is the opening of the Deega Nikaya. It discusses 62 wrong views. It is in this Sutta that the Buddha actually criticizes astrology and similar occult practices as “lowly arts”.

Violation of the Vinaya

The Buddha explicitly forbade Bhikkus and Bhukkunis of the Sanga from the study and practice of “lowly arts” (tiracchaana vijjaa) in the Section 141, of the Khuddakavatthukkhandhako of the Cullavaggapali of the Vinaya Pitaka. These include, the concoction of enchantments and aphrodisiacs to make men and women fall in love with each other, the use of the occult to bring misfortune to people, prediction of future events and alchemy. Hence, the practice of astrology by a Buddhist monk (along with all other occult arts) is a violation of the rules of the Vinaya.