Buddha was born in Nepal, Not in India 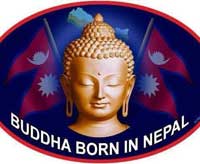 It is very amusing sometimes to see religious scriptures and records have being twisted by various fractions with time. One such notable occurrence in Buddhism is the birthplace of Gautama Buddha who was then called Prince Siddhartha. India has claimed from the early days that Buddha was born in India. There are lot of books, papers & documentaries that were produced with this belief in mind. If you questions Buddhists themselves in most parts of the world, they’d be quick to say that Buddha in deed born in India. Though there should not be a debate on the Buddha’s birthplace but his dharma, it is our responsibility to enlighten those who are unaware the truths and essentials.

Buddha, then Prince Siddhartha was born in the area called Rupandehi (Kapilvastu), Lumbini that belongs to the lovely country called Nepal. Anybody on a pilgrim tour or personal travel can visit Lumbini as a part of Buddhist archeology site visits. Though the fact is such, the world’s most premiere search engine service provider google too showed up India as the Prince Siddhartha’s birthplace till a year ago. However, some countries and organizations made due changes to their information centers to avoid this confusion. British Museum was one such organization where they redressed the faulty information claimed that Lord Buddha was born in India. There are numerous campaigns by Nepal foreign ministry and various organizations requesting world to correct their facts. Many historians & world leaders are still in a misconception on this matter.

People of Nepal and median Buddhists wants, “Buddha was born in India” & “Mount Everest is in India” campaigns to be over. Nepali people see this as a disadvantage to their country and it is a very logical thinking looking the opportunities lost in country branding.

Why does India claim otherwise?

There was no country called “India” and there was country called “Nepal” at the time when the Buddha was born. However the place Prince Siddhartha was born belongs to Nepal today. But after this long, we are still to correct this basic mistake of knowing the life of Buddha.  It is because the books published by so called historians had been saying or the modern world leaders were promoting Prince’s birthplace so. Nepal has strong Buddhist background and has played a key role in spreading the Buddhism to Tibet and elsewhere.

It is reported some Indian government agencies are on a campaign to promote Orissa as the Prince Sudhdhartha’s birthplace. This simply spreading wrong information to attract millions of tourist interested in Buddhism to India experts say. India has always being the greatest external influence on Nepali politics. So is for their culture, religion and economy.

It is the responsibility of our members on BBN to enlighten those who are unaware about the correct places in Buddhism’s history.  Buddha’s birth place should be a primary correction that all of us have to make in discussing places mentioned in Buddhism. Buddha was born in Nepal, Not India.