The Buddha’s Attitude towards Worldly Knowledge

Worldly knowledge can never help one to lead a pure religious life for gaining peace and emancipation. 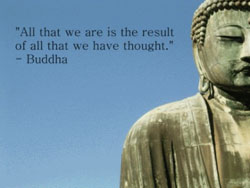 Worldly knowledge is useful for worldly ends. With such knowledge, mankind learns how to use the earth’s resources to improve the standard of living, grow more food, generate power to run factories and to light up streets and houses, manage factories and businesses, cure sickness, build flats and bridges, cook exotic dishes, and so on. Worldly knowledge can also be used for harmful purposes such as building missiles with nuclear warheads, manipulating the stock market, cheating ‘legally’, and inflaming political anxiety and hatred. Despite the rapid expansion of worldly knowledge, especially in the twentieth century, mankind has been brought no nearer to the solution of his spiritual problems and pervasive unsatisfactoriness. In all likelihood, it never will solve mankind’s universal problems and bring peace and happiness because of the premises on which such knowledge, discoveries and inventions are built. 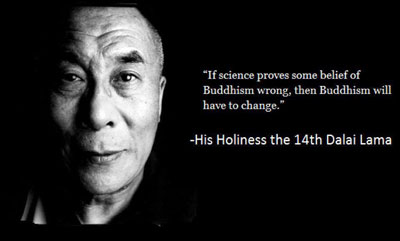 While Buddhism can bring greater understanding on how to lead a good, worldly life, its main focus is how to gain spiritual liberation through the development of wisdom and mental culture. For ordinary human beings, there is no end to the search for worldly knowledge, but in the final analysis it does not really matter. For as long as we are ignorant about the Dhamma, we will forever be trapped in Samsara. According to the Buddha.

Why did the Buddha speak in this manner to His disciples? And why did He not make an attempt to solve the problems as to whether the world is eternal or not, whether it is finite or not? Such problems might be exciting and stimulating to those who have the curiosity. But in no way do these problems help a person to overcome Suffering. That is why He swept these problems aside as useless, for the knowledge of such things would not tend to one’s well-being.

The Buddha, foresaw that to speak on things which were of no practical value, and which were lying beyond the power of comprehension, was a waste of time and energy. He foresaw that to advance hypotheses about such things only served to divert thoughts from their proper channel, hindering spiritual development.

Worldly knowledge and scientific research should be complemented by religious and spiritual values. Otherwise such worldly knowledge does not in any way contribute to one’s progress in leading a pure, religious life. Man has come to the stage where his mind, fed by the instruments and fruits of technological advancements, has become obsessed with egoism, craving for power, and greed for material wealth. Without religious values, worldly knowledge and technological advancement can lead to man’s downfall and destruction. They will only inflame man’s greed which will take on new and terrifying dimensions. On the other hand, when worldly knowledge is harnessed for moral ends, it can bring maximum benefit and happiness for mankind.

This is an excerpt from budas.org that discusses Buddha’s attitude towards worldly knowledge written by Venerable K. Sri Dhammananda Maha Thera.

Previous articleGlobal degeneration and our roles in mitigation through individual approach
Next articleBecoming a responsible tourist: No monkey circus please!
Digital Media