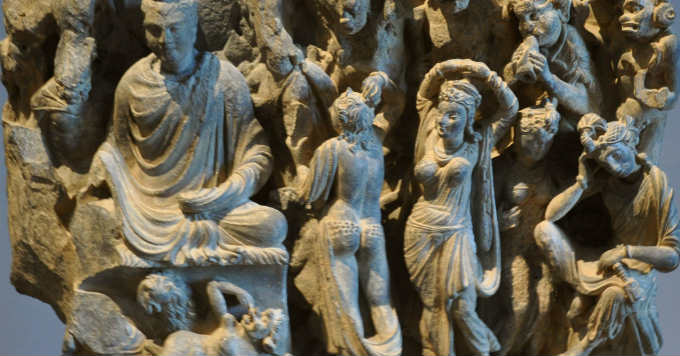 Buddha can be said to have lots of interesting, and sometimes even controversial, views. After all, a spiritual leader doesn’t have the luxury of just talking about “fluff” all day long.

They have to talk about things that’re difficult, things that might rock the boat…and more importantly, things people can relate to. Buddha certainly wasn’t a stranger to this.

He understood that the more accessible and relatable his message was, the more people would follow his teachings. And one of the most controversial and fundamental aspects of life- sex- was certainly one of the most relatable and interesting things to discuss.

Most people fail to realize that Buddha was first and foremost a man.

He was a prince, a husband, and a father…so he underwent all the things a normal man goes through sexually.

This meant as a monk and renunciant, he fully understood what a householder underwent.

But he also ended his sexual desire in nirvana.

The Problem with Sex

The problem with sex, from a Buddhist standpoint, is not the activity of sex; rather it’s the desire for sex. You could have sex 10,000 times, and still want it 10,001. That’s because the activity of sex will never satisfy the underlying desire.

Desire is never ending and can never be fulfilled. But nirvana is different. Nirvana is the cessation of desire, because through that uplifted consciousness, all other sensory attachments become less important.

Is it a sin to have sex for pleasure in Buddhism?

But it is limiting.

It’s limiting just like other desires, because we are capable of so much more.

Once you learn to see how desires can’t give you true happiness, they start to lose control over you. Then you begin to see the path to real fulfillment…and eventually enlightenment.

This article was republished from sivanaspirit.com. You can find the original post here.

Previous articleDo We Have A Soul? Here’s What Buddhism Says
Next articleBuddha’s 6 Rules Of Love
Strategy