Buddhism in SWEDEN is growing fast ! 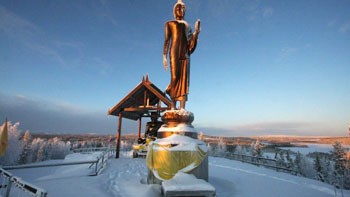 It is evident that Europe is changing very rapidly both economically and socially. Though this change is widely discussed in media, there’s another few changes that happens attracts very little attention.

The change in demography, more particularly the growth of alternative religions is a one notable item. Sweden is no exception to this. Mainly due to the arrival of Diaspora/migrants as well as due to the organic growth the religions such as Buddhism attract lot of attention of the domestic people.   However Buddhism still a relatively small religion in Sweden. But in recent years have seen an increase in the number of Buddhists estimated. In April 2011 it rose up to around 35 to 40,000 or 0.38% -0.43% of the population , making it the third largest religion after Christianity and Islam .

Most practitioners have Asian background and comes mostly from Thailand , China or Vietnam. According to official reports in 2011, Buddhism is the fastest growing religion in percentage terms. There are several Buddhist temples in Sweden, including Stockholm (Thai and Sri Lankan), Borås, Eslöv, Gothenburg, Fredrika and a few less in other parts of Sweden.

As one of our readers enlightened us a giant project in the most northern part of Sweden which was supposed to be the biggest Buddhist center in Europe is now scaled down for the application to get clearance to build. Once, this project is over Sweden will have a huge Buddhist centre that can facilitate more followers. 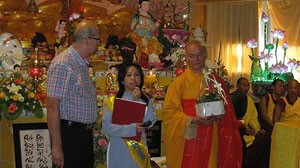 Stockholm Buddhist Vihara is a Buddhist temple of Theravada tradition. It was established in 1985 by the Sri Lanka-Sweden Buddhist Association in conjunction with the arrival of the first resident Venerable Monk to Stockholm. It is the first ever Buddhist temple that was formed in Scandinavia and the members are mostly of Sri Lankan origin.

The Sri Lanka-Sweden Buddhist Association came into being in 1983 as a result of the untiring effort and dedication by a few ardent Buddhist devotees who gathered in Stockholm during the winter of 1982 to discuss the possibility of forming an Association. Their courage and determination resulted in establishing a temporary organisation named, the Sri Lanka-Sweden Buddhist Association which became permanent after the General Meeting held in March, 1983 at the SIDA Auditorium in Stockholm.

Once the Stockholm Buddhist Vihara was established in 1985 it moved to several temporary places through the years until the monks and the devotees succeeded in acquiring a permanent building for the Vihara in Jakobsberg in 1995. 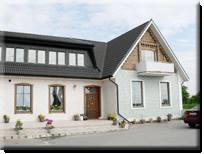 During the year 2005 Mrs. Eh and her husband Stein gave 5 hectares in northern Rörum for a temple building. However, lack of municipal water and sanitation would incur additional costs if we were to build there.

In 2006, Mrs. Eh and her husband have found out that this property, owned by a Thai / Swedish family was for sale. They grabbed the opportunity to create a temple in southern Sweden. Therefore it was decided to purchase the property.

The temple has been rebuilt by Thai Buddhists, and their partners living in southern Sweden. They have received help from the monks of Wat Pa in Copenhagen under the direction of Abbot Phar Kru Somsak, who holds the strings. 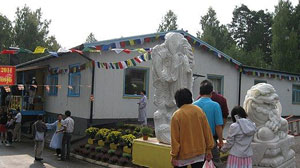 – Buddhism is not a law, it is a philosophy and a way of life, says the monk Bhikkhu Assati. All are welcome here to meditate. Not only Buddhists. When the temple at Railway Road 13 in Åstorpsvägen recently inaugurated got about 100 people to attend. Most were Sri Lankan Buddhists from southern Sweden who previously had to travel to Stockholm or Copenhagen, where there are already Buddhist temples.

– Some were not Buddhists, says Nandi Dei Zylva, chairman of standing behind the temple, Sri Lankan Buddhist Cultural Association of Skaane. My wife, for example, is a Christian. – We’re neighbors with Björnekulla church and the pastor and his family came here, continues Nandi Dei Zylva. They were very friendly and accommodating and said that our visitors were free to use their parking.

Temple in Åstorpsvägen financed by members and is thus a Sri Lankan Buddhist temple – unlike the Bjuv which is a Vietnamese. Bhikkhu Assati explains the difference:

– Buddhism, which originated in Nepal & India, has two branches, our called Theravada and the Bjuv called Mahayana. Theravada is more conservative than the Mahayana. It is much like the difference between Catholicism and Protestantism. – Regardless of the difference, we have a good working relationship with the temple in Bjuv tabs Nandi Dei Zylva set. Before we got our own temple, we went there often.

Temple’s representatives wish many Åstorpsbor is coming to visit and meditate example. They welcome all who feel the need to replace stress with a moment of contemplative rest. 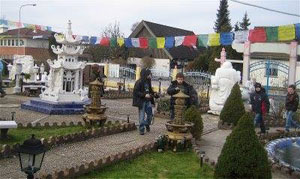 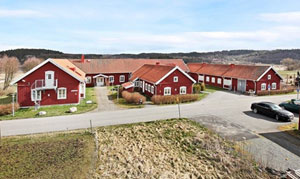 Two other famous temples in Sweden are the Buddhist Temple in Bjuv & Vietnamese temple in Katrineholm.

There are thousands of different types of cryptocurrency in existence...
Read more