Is Buddhism a religion?

“In the first part of a new series, we examine why many consider Buddhist practices to be philosophical rather than religious” – Michael McGhee written to the guardian. 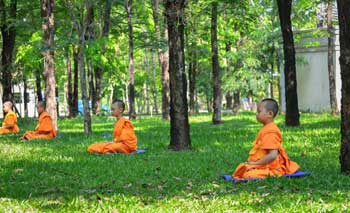 What first attracted me to Buddhism in the years that followed my slow abandonment of formal Christianity wasn’t anything intellectual but had to do rather with imagination, with images of liberation. I was struck by the serenity of the figure of the Buddha, its representation of self-possession and calm. There was danger there, the temptation towards a too-easy and precipitate appropriation of a demeanour that depended upon arduous and sometimes unappetising struggle. Nevertheless, Buddhism was attractive and it seemed to be a way of rediscovering something that seemed to be missing, without requiring an entrance fee in the form of religious or metaphysical belief.

I suppose that what was missing was “spirituality”. But this raises the question of whether “spirituality” can be extricated from those belief-commitments. Some commentators have pointed out that there is no shortage of metaphysical beliefs in the Buddhist traditions and that its practices and rituals are embedded in worldviews of some complexity and sophistication. They wonder whether Buddhist practices really can be extracted from this environment without damage to their identity, whether the Buddhisms to be found in the contemporary west have become deracinated, cut off from the necessary nourishment of their cultural and metaphysical roots. It may well look like this. Thus, people attest to the therapeutic value of meditation and the NHS is more comfortable with a mindfulness-based psychotherapy than one that makes use of the Christian practice of prayer because it is an efficacious technique with measurable health benefits and it is not “religious”. Clients don’t need a background of religious belief in order to settle down to a spot of meditation.

Some contemporary groups go out of their way to insist that Buddhism is not “religious” and what they seem to imply is, again, that engaging in its practices doesn’t depend upon the belief-subscription. These same groups, however, are also quite traditional in their language and their rituals and this should give us pause as we consider this charge of deracination. It is true that many contemporary Buddhist practitioners have done the same de-mythologising job as a previous generation of Death of God theologians who were themselves accused of rendering the New Testament into an inoffensive and pallid humanism.

But it is one thing to seek to liberate Buddhist practice from unsustainable or unbelievable worldviews and another to reduce it to a mere technique, even one that is therapeutic. The usual culprit is the calming technique that makes it easier to carry out the bombing run or makes one a more sharply predatory capitalist. The reason one might want to say that meditation has been reduced to a technique is that it has lost its essential rootedness as a practice of ethical preparation. 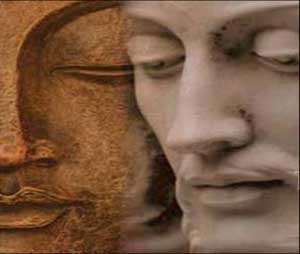 It is traditional to distinguish forms or aspects of meditation in terms of what calms the egocentric or the communal passions and to say that this prepares the practitioner for the essential Buddhist experience of enlightenment or awakening. Now one of the temptations of former Christians is to think that what they might find in Buddhism is some kind of transcendent experience. But this seems too much like nostalgia for God. If there is any kind of transcendence in Buddhism it is a matter of transcending ego-centric self-enclosure. The calming of the passions that Buddhism is interested in is the calming that reduces the dominance of those self-interested feelings that prevent one from seeing what is staring one in the face: one’s own real condition and that of others. One is surrounded by the real world but is too preoccupied to notice it.

In that case Buddhist practice becomes a form of ethical preparation, reducing the forms of self-preoccupation that impede a concern for justice. This aspect of Buddhism has led some commentators to say that it is more like a philosophy of life than a religion. This contrast with religion relies too heavily on the assimilation of religion to religious belief and it neglects the ceremonial and ritual and community-building aspects of the various religions, including Buddhism.

More positively, though, thinking of Buddhism as a philosophy brings it into dialogue with the ancient conception of philosophy, one of whose essential components was precisely what was called spiritual practice or exercise, the various ways in which one is able to liberate oneself from illusion and make oneself better capable of ethical action and, of course, the ethical refusal to act. It is worth noting that the ancient philosophers tried to live in communities and one can think of a philosophical community, whether instantiated in a Christian congregation, a Buddhist sangha, a humanist group, as serving to protect and support the conditions for that undeluded perception of the world from which issues moral action.