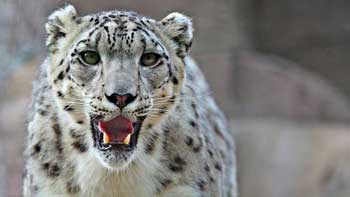 An inspiring story of Buddhist monks in China taking leadership in conservation. Read big think story that will inspire you conserving wildlife.

Scientists observing a population of snow leopards in China found an unexpected protection force: Buddhist monks. The part of Tibetan plateau that the leopards call home also contains well over a hundred monasteries, with most within a few miles of the animals’ habitat. The monks both patrolled the territory and taught the local population that killing the leopards was against Buddhist doctrine. A survey of local families revealed that most abstained from killing wildlife as a result.

Most of the snow leopard population lives in China, where they are threatened by poachers, who seek their fur and internal organs, and sheep and goat herders. Numbers have dropped by a fifth in the last 20 years, but the scientists discovered that due to the monks’ influence, a greater proportion were being protected in their natural habitat than in a specially-designed big cat nature reserve. In a paper recently published in Conservation Biology, biologist and co-author George Schaller noted “how science and the spiritual values of Tibetan Buddhism can combine their visions and wisdom to help protect China’s natural heritage.”