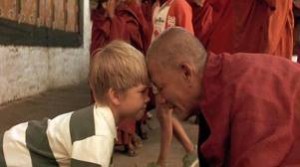 Little Buddha is an enjoyable, at times powerful, and ultimately highly entertaining movie. Of course, there are quite a few movies today that can also be called entertaining, but they often achieve this with a combination of sex, violence and (admittedly) amazing special effects. It is rare to see a movie essentially devoid of such things that not only does entertain you, but also uplifts your spirit and leaves you with a positive feeling.

The story begins in modern-day Tibet, where a certain Buddhist priest or “lama” begins to see signs that his beloved teacher, who had died several years before, may have recently been reincarnated. The lama travels from Tibet to Seattle to locate a young Caucasian boy thought to be one of the possible “candidates” (he later discovers 2 others). The lama meets the boy, who does indeed appear to have certain traits that the lama’s teacher had. The two develop a friendship and soon, the lama begins to relate to him the story of the birth of Buddhism, and of the young prince named Siddhartha who came to be called Buddha. 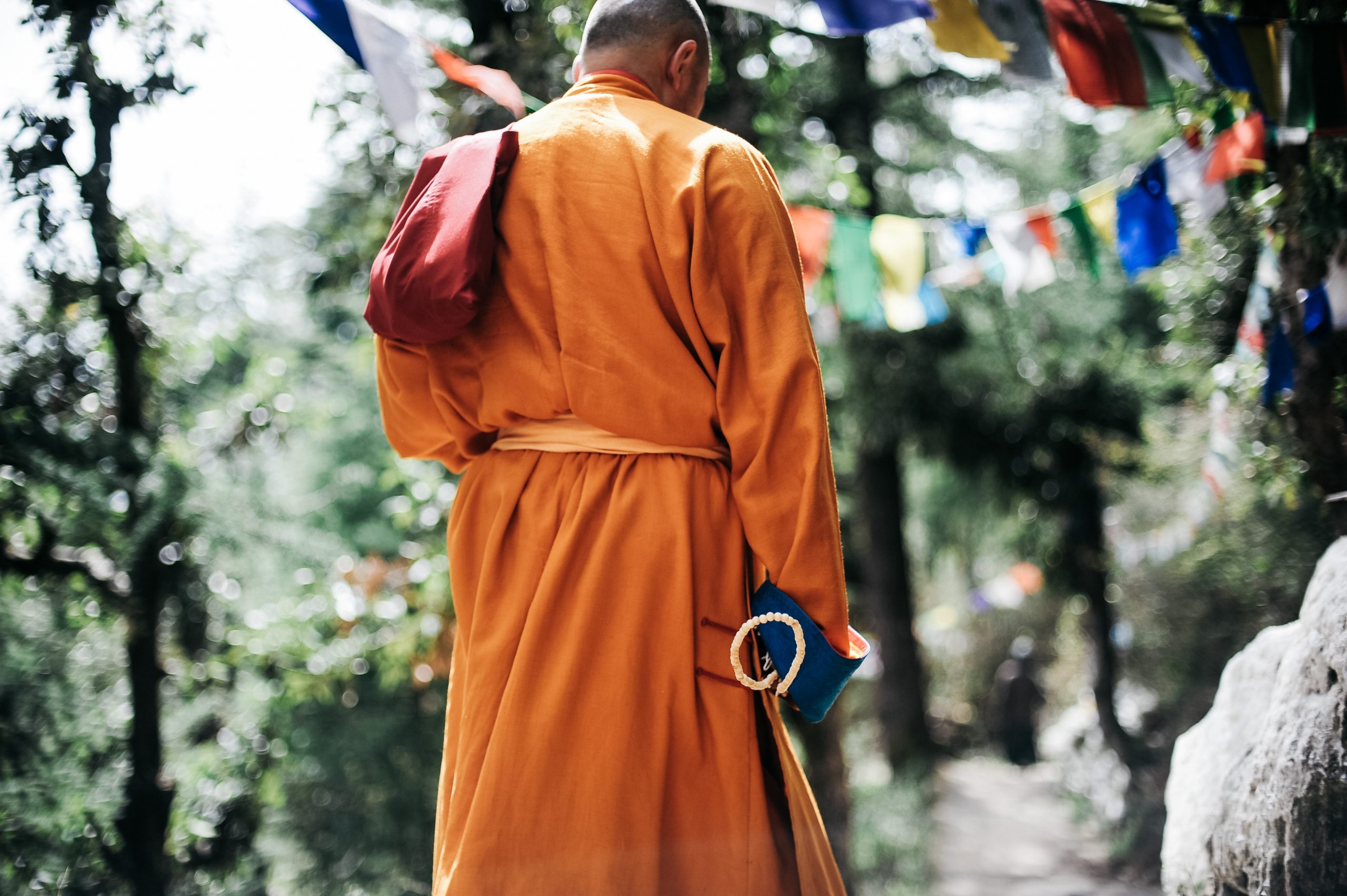 As the lama begins to tell the story, the scene switches to ancient Nepal, and shows young Siddhartha (played by the handsome Keanu Reeves), living a carefree life in the palace. His father, King Suddhodana, is shielding him from all “unpleasantries” such as elderly , sick or dying people. Gradually however, Siddhartha begins to get curious about the world “out there,” and one day sneaks outside the palace gate. Buddhists will of course recognize this as the well-known story of the Four Gates. In one powerful scene, he encounters a funeral pyre and suddenly, as he watches the flames consume the body, the truth of impermanence – of his and of every one’s ultimate demise – hits him, and brings him to tears. This scene, although undoubtedly one of the highlights, is only one of many memorable and well-acted scenes as the setting switches back and forth between ancient Nepal (the story of Buddha) and the contemporary search for the lama’s teacher. Furthermore, the young children who play the candidates of the reincarnated teacher are all superb actors.

This movie will undoubtedly do a great deal to educate Americans about Buddhism. The “ancient” part of the story in particular is beautifully done, and portrays Buddhism as a compassionate teaching borne of Buddha’s insight into the truth of impermanence. But perhaps even greater is a crucial point the movie implies, but doesn’t actually state overtly. If Siddhartha had just stopped upon awakening to impermanence, he might have become a depressed, negative, complaining, or perhaps even suicidal person. Impermanence, after all, is not a comforting thought. Instead, the crucial point is that he also saw that suffering is universal – it wasn’t just himself, but every living thing that must ultimately perish. The moment that Siddhartha sees this fundamental oneness of all life is eloquently portrayed in the movie. From this realization, his great compassion flowed, and he became the Buddha.

In one sense, the answer might be self-evident in the funeral pyre scene. Siddhartha cries, as we do because, though we might grasp for such “comforting” alternatives as reincarnation or an afterlife, we can’t deny the powerful, frightening and humbling finality of the body consumed in flames. In addition, there may be historical evidence that the Buddha did not believe in reincarnation, or in the presence of a “soul.” The Buddha was something of a “radical” in that his teaching of the Dharma of impermanence went against the prevailing beliefs of his time, such as reincarnation, by saying that there was no such thing as a permanent soul or “atman.” He said he only knew what he himself had experienced, which was impermanence, and that this was the reality we should awaken to in order to alleviate our suffering.

Thus, it is perhaps somewhat ironic that this movie, while implying that all contemporary Buddhists believe in reincarnation, also inadvertently exposes a what could be considered a discrepancy between Tibetan Buddhism–as represented by the lama’s search for his reincarnated teacher–and what the Buddha himself taught. When the Buddha talked about impermanence, it is apparent he was referring to an infinite power, one which–as illustrated in the funeral pyre scene–had brought him to tears. If, however, our death is but a temporary state from which we return again and again, the powerful, compelling, and even frightening finality of death is softened. However, in pointing this out, I am not criticizing Tibetan Buddhism. Tibetan Buddhism is a rich and precious Buddhist tradition, due in large part to the influence of certain indigenous Tibetan cultural traditions on the Buddhism that was introduced to Tibet. Tibetan Buddhism is also very unique, due most likely to its geographic isolation.

However, as I reflect on the powerful depiction in this movie of Siddartha’s transformation into the Buddha under the bodhi tree, it seems clear that the powerful force responsible for shaking Siddhartha up and humbling him was none other than the unforgiving truth of impermanence. Every living thing must change and ultimately perish. This of course is a disturbing and negative truth. However, this powerful negative truth was transformed into an equally powerful positive one when he realized that not just he, but that also all living things, even plants and insects, were all suffering from and bound by this same truth. Ultimately, he saw that all life is one. I believe the Buddha’s great compassion developed out of this awareness of universal suffering. In Little Buddha, this truth, though perhaps somewhat obscured by the search for the reincarnated teacher, is nonetheless powerfully and unforgettably portrayed. I highly recommend that you see this movie.