Cars of the Stars: Most Expensive Celebrity Vehicles

The estimated average price of a car in the US in 2019 was around $37,000. Many people cannot even afford that high cost, but when it comes to celebrities’ cars, that average figure feels like a paltry amount. How much are famous celebs paying for their vehicles? Here is a look at some of the most expensive cars of the stars.

Gifts don’t come much better than this. On Beyoncé’s 25th birthday, her rapper husband Jay Z bought her a luxurious 1959 Rolls Royce Silver Cloud II convertible, worth a staggering $1 million. The couple frequently ride-around in the classic car, which has spacious leather interiors, a 6.2-liter engine, an incredible suspension system, power steering, and the capacity to go from 0 to 60 mph in only 10.9 seconds. The Rolls is undoubtedly one of the most sought-after luxury vintage cars around.

When TV and music-biz mogul Simon Cowell saw a Bugatti Veyron in a Beverley Hills showroom in 2010, it apparently beckoned to him. So, he couldn’t resist paying out a hefty $1 million for the luxury car that can reach speeds of up to 260 mph. However, Cowell prefers to keep the speed machine in his garage rather than taking it out for spins. He has also attached a personalized registration plate to the black Bugatti. You’ve guessed it. The plate spells out, “X FACTOR.” You might not be able to afford a Bugatti Veyron, but you will be able to afford a personalized registration plate. For instance, Absolute Reg has over 40 million private number plates and personalized registrations available at a wide range of prices. Click here to find an individual plate of your own. 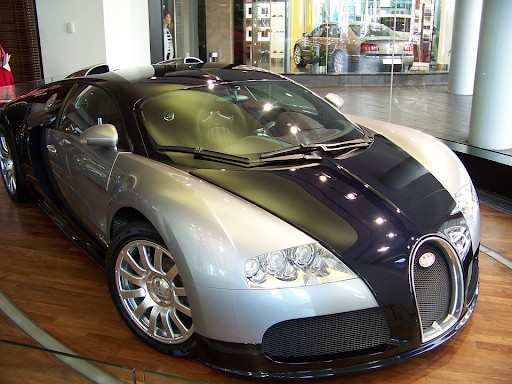 It might be a mission impossible for the vast majority of people to own a Bugatti Veyron Super Sport, but not for Tom Cruise. He drove to the premiere of Mission Impossible 3 in the fastest street-legal car in the world. Unsurprisingly, it’s much more powerful and flashy than Simon Cowell’s model. This sports car is an engineering marvel. It has a huge 8.0-liter quad-turbo W16 engine, which produces 987 Bhp and a top speed of 415 kph. Cruise’s car also has a revised aerodynamic package. How much did Cruise pay for this immensely impressive vehicle? Well, the tires alone cost around $20,000. So, you may not be as surprised to learn that Cruise reportedly paid $2 million for his Bugatti Veyron Super Sport.

You’ll have seen award-winning actor Nicholas Cage racing fast cars in plenty of thriller movies, but did you know he has his very own Ferrari? It’s not just any old Ferrari, either. The 1958 Ferrari 250 GT Pininfarina is an exceptionally rare vehicle. Manufacturing of the hand-made model took place only between 1958 and 1960, so only 350 cars were ever made. In pristine condition, this racing car is worth around $3 million.

You may think Jay Z was generous in giving his wife a $1 million Rolls, but he spent a lot more on a car for himself. His Maybach Exelero weighs 2.6 tons and can reach top speeds of 218 mph. In fact, the vehicle broke the speed record for luxury limos on street-tires. It’s not known precisely how many Maybach Exeleros are in existence, but estimates suggest the number is around only 12. That means this is a rare car, indeed. Jay Z paid out a colossal $8 million for his beautiful Maybach Exelero.

Analyzing the Growth of Digital Marketing in India

The past two years have been difficult for humanity....
Read more
Kids

Five Things to Consider Before Choosing a Daycare

Choosing a daycare is one of the most important...
Read more
Science and Technology

Find The Best Internet Deals In Australia By Following These Tips

The number of internet users in Australia is on...
Read more
Home arrenging

Your home is more than just a prized investment....
Read more
Business & Marketing

Why is Prioritizing Diversity Key to Business Success?

Companies that are identified as diverse are 35% more...
Read more
Business

How to Fill Out a Customs Form for International Shipping

If you're going to be shipping a package to...
Read more
Home arrenging

What Should You Keep In Mind Before Hiring A Water Damage Restoration Contractor?

No one can predict when a storm might strike...
Read more
Business & Marketing

If you are wondering what kind of IT Support...
Read more