Celebrities in search of Nirvana 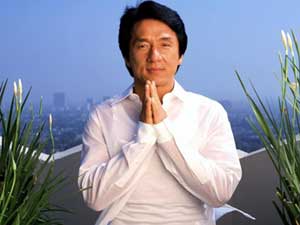 A total exceeding 385 million people around the world, largely Asian believers are following Buddhism as their way of life. It’s their religion that they preserved for more than 2500 years to date under numerous challenges. Movie heartthrob Richard Gere is probably the best known celebrity advocate of the ancient teachings today. He is not alone, The Herald reported. The Herald story below gives a good insight to celebrity Buddhists and why their choice was Buddhism.

“It is a philosophy because philosophy literally is ‘love of wisdom’ and the Buddhist path can be summed up as 1) to lead a moral life, 2) to be mindful and aware of thoughts and actions, and 3) to develop wisdom and understanding,” explains scholar Brian White. It is also stated that Buddhism “is a belief system which is tolerant of all other beliefs or religions.” Adherents do not preach to convert others to Buddhism, but simply to explain.

Prince Gautama Siddhartha, son of a Nepalese rajah, was born in the Himalayan foothills village of Kapilavastu around 563 BC. At age 30, he left his beautiful wife and family to become an ascetic. He abandoned a luxurious lifestyle, and all earthly ambition for a six-year period of austerity and mortification. It is in that experience he saw the contemplative life to be  “the perfect way to enlightenment when sitting beneath a banyan tree.”

For the next four decades he gathered disciples and taught them. He summarized his beliefs into Four Noble Truths, “the last of which affirms the universal human experience of suffering.” His goal was to extinguish (literally “blow out”) the fiery desires within, to experience the absorption of the self into the infinite, which is nirvana. Details of the life of the Buddha, his thoughts and actions are plentiful. They are found in the Buddhist scriptures, in Pali, the ancient language of India. They “provide evidence also for the general conditions of social, religious and political life in North India in the early period of Buddhist history.” It is said these texts have “been corroborated at some points by archeological discoveries in the area,” writes a scholar.

Together with his followers, the Buddha wandered over the whole area of the middle Ganges Valley into towns both immense and tiny, where he became well-known to all and highly respected. Buddha had large followings of men as well as women who led celebate lives, and became proficient at teaching and preaching his doctrines.

Buddhists insist that if you wish to understand the teachings of the Buddha, it must be practiced.

A news story about Hollywood’s Richard Gere insists he is a firm believer … who focuses on personal spiritual development, and says it is the guiding force that surrounds everything he does.”

The Buddha is not revered by his followers as a God. Sometimes, followers pay respect to his images, but it is not done either as worship or to seek favors. We’re told that bowing to his statue is a sign of gratitude for his teachings, rather than adoration.

The Four Noble Truths are:

1) Life is suffering, but Buddhism explains how such suffering can be avoided and happiness attained.

2) Suffering causes craving and aversion. Adherents are urged to modify their urges, because they deplete contentment and happiness.

3) Suffering can be overcome and true joy reached. Refusing useless cravings, followers are taught to live one day at a time … neither existing in the past nor seeking the dreams of the future. “We then have more time and energy to help others. This is nirvana.”

4) Truth No. 4 is the Noble 8-fold Path that leads to end of suffering.

To discover the Eightfold Path in details: go to your computer and look it up. They are