It will just wow you to know some of the Celebrity Buddhists & their success stories. Though they are famous Buddhists, they too like other celebrities may have some scandals linked to their celebrity life. We would welcome you leave those behind and look at their enormous achievements alone. , We hope that you will be inspired & enjoy our segment on famous Celebrity Buddhists from today. 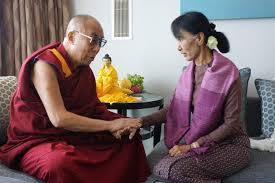 Our list of celebrities will only include people who are living today and those who have made a significant difference in the lives of many in various ways. Though anyone claim that an icon is following Buddhism, theres very little evidence or substance to prove same. But our celebrities are those who claimed them as Buddhist publicly.

Whilst some just claim they are Buddhists, there are also a bunch of celebrities who are serious practitioners, not quite famous as they are not much public on their personal lives.

However, we’d start the segment with someone we thought will be important to note as this icon we are going to introduce you have made a remarkable change in the place she lives.

She is none other than Aung San Suu Kyi from Burma aka Myanmar. 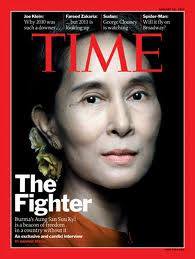 Residence at the time of the award:
Burma

Prize motivation:
“for her non-violent struggle for democracy and human rights”

Aung san suu kyi the leader of the National League for Democracy in Myanmar (Burma), and was in jail for a long time as military junta considered her a threat to their existence. Following studies abroad, she returned home in 1988. From then on, she led the opposition to the military junta that had ruled Burma since 1962.Heavily influenced by Mahatma Gandhi’s philosophy of non-violence, Suu Kyi campaigned for the democratization of Burma, which is under a military dictatorship, and in 1989 she was placed under house arrest. In the election in 1990, the NLD won a clear victory, but the generals prevented the legislative assembly from convening. Instead they continued to arrest members of the opposition and refused to release Suu Kyi from house arrest.

In 1991 Suu Kyi was awarded the Nobel Peace Prize for her peaceful and non-violent struggle under a military dictatorship. She has been in and out of house arrest since then and has been sustained in her long confinement, during which she was not allowed to meet her dying husband, by her vipassana meditation practice. Commenting on her long isolation, she said “Isolation is not difficult for me. Maybe it’s because of my Buddhist upbringing.”

The Peace Prize had a significant impact in mobilizing world opinion in favor of Aung San Suu Kyi’s cause, and now free has much needed freedom to serve Burmese people. With her efforts today the Burmese military junta is changing from dictatorship to more democratic approach. Aung San Suu Kyi remains a national heroine & the international community regard her as one of the greatest heroes of modern day.