Does a child die of hunger every 10 seconds? 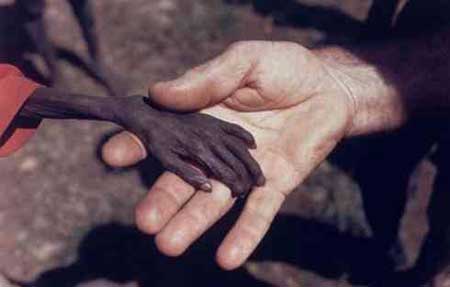 It’s common these days to question everything that is for poor. If somebody has said the richest 2% of Americans earning only 1% of the total state revenue, then nobody would question that. But differences of seconds in terms of child deaths due to hunger has raise questions. Some argue it has to be 5 seconds, for some its 7 seconds, some say 10 seconds and for some its 15 seconds. Does these seconds really matter? What really matters is how many dies due to hunger a year. However its worth to read the following report for your information. Capitalism always doubts campaigns by organizations that press for commonwealth.

Every 15 seconds a child dies of hunger, says a campaign by charities urging G8 leaders to pledge more aid for the world’s poorest families – or every 10 seconds, according to the latest version of the slogan. But does this paint an accurate picture?

There is enough food for everyone, but not everyone has enough food, says the Enough Food for Everyone If campaign. “In every minute of every day, four children die of hunger,” intones the comedian Eddie Izzard in one of If’s promotional videos, before the 15-second figure was updated to 10 seconds on 6 June.

The stat is a variation on another, used seven years ago in the Make Poverty History campaign – when a host of celebrities from the world of music, cinema and fashion appeared on a video clicking their fingers at regular intervals. Then the message was that a child dies unnecessarily as a result of extreme poverty every three seconds.

Stats about deaths occurring every few seconds have been around for years.

This latest, the 10-second one, is based on a figure from a very reputable source – The Lancet, an internationally renowned journal which recently published a paper saying that more than three million children died of undernutrition in 2011.

There’s a much more complicated picture than the headline statistic – that one child dies every 10 seconds because of hunger – suggests.

But you have to simplify a message if you are to get people’s attention, according to Jack Lundie.

“Yes, it may be that in what we would call our top-line messaging you don’t get all the information about the entire problem, but I don’t think it would be realistic to expect that to happen from a very short piece of communication.

“In terms of creating a conversation in which people can be informed, you first have to get their attention – their emotional attention. People are very busy so you need an instantly accessible understanding to open a conversation.”

Previous articleWhat is GOD? What is BUDDHA? – VIDEO SPEECH by Tsem Rinpoche
Next articleWhat This Man Found In A Bag Of Mulch Will Blow Your Mind. What He Did With It Will Melt Your Heart
Digital Media