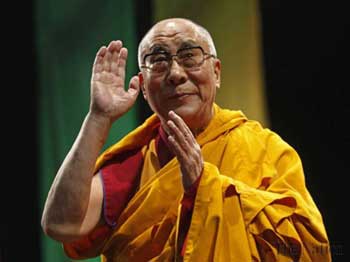 A senior Chinese official has denounced the Dalai Lama’s long-standing pursuit of autonomy for Tibet, describing it as equivalent to advocating Tibetan independence, state media said on Saturday.

The comments by Zhu Weiqun, chairman of the ethnic and religious affairs committee of the top advisory body to parliament, signal that China would probably refuse to pursue a compromise with the exiled Tibetan spiritual leader.

The India-based Dalai Lama, who fled China in 1959 after an abortive uprising against Chinese rule, is considered a violent separatist by Beijing. 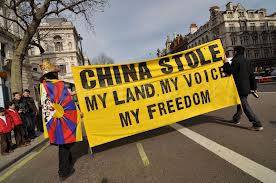 “In the fundamental sense, ‘high-level autonomy’ means Tibet’s independence,” Zhu was quoted as saying in the China Daily newspaper. “It is separated into two steps. The first step is so-called autonomy.

The second one is actual independence.”

The Dalai Lama’s brand of autonomy “is against China’s autonomy system and does nothing but insert secessionist elements into China’s regional ethnic autonomy law”, Zhu was quoted as saying.

The Dalai Lama’s approach, called the “Middle Way” by Tibetans, seeks a Hong Kong-style autonomy for the region, with Tibetans to respect Chinese sovereignty over their homeland but have a greater say over religious and cultural affairs.

Some Tibetan activists have expressed frustration with the “Middle Way” and have pressed for independence, not just autonomy. Years of autonomy talks between the Dalai Lama and the Chinese government broke down in 2010.

Tensions over the issue are at their highest in years after a spate of self-immolation protests by Tibetans, which have led to an intensified security crackdown.

More than 120 Tibetans have set themselves alight since 2009, mainly in heavily ethnic Tibetan areas of Sichuan, Gansu and Qinghai provinces rather than in what China terms the Tibet Autonomous Region.

Most of those who set themselves on fire have died.

China defends its iron-fisted rule in Tibet, saying the region suffered from dire poverty, brutal exploitation of serfs and economic stagnation until 1950, when Communist troops “peacefully liberated” Tibet and introduced “democratic reforms” in 1959.

On Monday, China denounced a decision by a Spanish criminal court to indict former Chinese president Hu Jintao for genocide as part of an investigation into whether his government committed abuses in Tibet.