Couple born on the same day, met as teenagers, eloped because their parents disapproved. After 75 years of wedded bliss at 94, they died just a day apart, 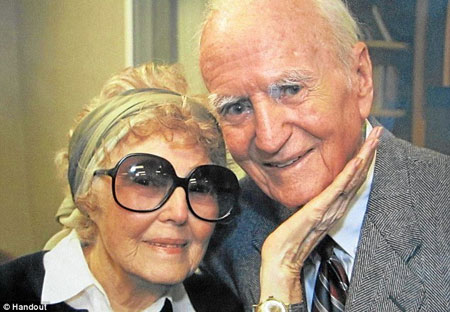 High school sweethearts and husband and wife of 75 years Helen and Les Brown of Long Beach, California, died within one day of each other earlier this July. They were both 94.

Les had been long suffering from Parkinson’s disease and Helen was dealing with stomach cancer. Helen was expected to live a few more months, but died on July 16. Les, who had recently fallen into a coma and was not aware of his wife’s passing, died the next day. 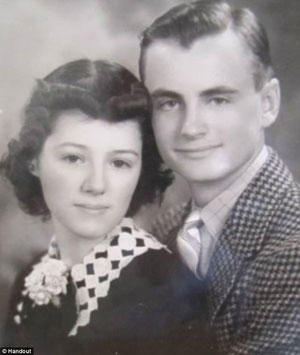 While Les and Helen’s deaths coming in such quick succession may be difficult on their family, their synchronicity was nothing new. The two even shared a birthday. Their son, Les Jr., says:

“They really enjoyed each other’s company. They were really inseparable and were never apart.”

In high school, neither of their families anticipated the relationship would last, much less turn into a three-quarters-of-a-century marriage, because of their different socioeconomic backgrounds. Les’s father was a successful businessman in Southern California; Helen’s father worked on the railroad. Says Les Jr.:

“[Love] knows no barriers and seems to know no bounds. They were from different sides of the tracks and it didn’t seem to matter to them. After 78 years, they were very much in love.”

Helen and Les eloped at the age of 18; Les became a photographer, and Helen a housewife with real estate acumen. The couple raised their sons, and through the decades enjoyed being grandparents and great-grandparents. The couple eloped because their parents thought the marriage between a wealthy man and a working-class woman would never last.

According to those who knew them well, they worked on their marriage and were deeply committed to one another and the bond they shared. Owner of Long Beach store Ma N’Pa Grocery Zach Henderson saw the Browns almost daily. He said:

“About a year ago, [Helen] had her hand on his face and they were cheek to cheek. She said, ‘Isn’t he the most handsome man you’ve ever seen?’ That’s exactly how they were. They were full of love and passion.”

Quite inspirational! We can only HOPE to know for ourselves what they felt all those years.

Previous articleBlind Man Drops $20, Woman Puts It in Her Purse; WATCH What Happens Next
Next articleBuddhist temple gets 300kg gold
Digital Media