At BBN we strongly condemn any type of abortion. It may not be the popular view but we know that it’s the right way of life. Abortion is as many consider a daylight murder. Sometimes abortions take place even as late as couple of months before the scheduled delivery. Now can anyone justify today an abortion a right thing to do? We all know science today explains babies as young as a month in a womb can still communicate with their mothers. More studies show how they feel pain, sorrow and the emotions of a mother. A human life is a great rarity as we know.

However, it’s a pity that some people do not realize the importance of a human life. This news breaks from Nebraska should ideally set an example for others that legal cover for such inhuman abortions will not be entertained. There will be thousands of people supporting abortion reasoning thousand things. But it is clear that an abortion is a murder and nothing less.

In a split decision released Friday, the Nebraska Supreme Court rejected a 16-year-old ward of the state’s request to waive parental consent to get an abortion, saying the girl had not shown she is sufficiently mature and well-informed enough to decide on her own whether to have an abortion.

The girl, who is not named in the opinion, was living with foster parents this year when a juvenile court terminated the parental rights of her biological parents, who had physically abused and neglected her. In a closed hearing this summer, she told Douglas County District Judge Peter Bataillon she was 10 weeks pregnant and asked for a court order allowing an abortion. She said she would not be able to financially support a child and feared she might lose her foster placement if her foster parents, whom she described as having strong religious beliefs, learned of her pregnancy.

Her attorney, Catherine Mahern of Omaha, argued that the girl didn’t need anyone’s consent for an abortion under the regulations of the Nebraska Department of Health and Human Services, which states that “if a ward decides to have an abortion, the consent of the parent(s) or Department is not required,” although notification of the parents of the abortion might be required. 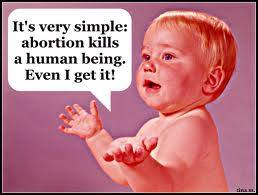 Bataillon rejected the girl’s request, saying that for the purpose of her case, her foster parents would serve as her guardians — even though, under Nebraska law, the department is considered the guardian of wards. Bataillon also found that the girl had not shown she was mature enough to make the decision to seek an abortion.Nebraska law was changed in 2011 from requiring minors to inform parents of an abortion to requiring them to get the written, notarized consent of a parent or guardian. Exceptions are limited to cases of abuse by the parent or guardian, medical emergencies and instances in which the minor is sufficiently mature and well-informed to decide whether to have an abortion.

Mahern appealed the girl’s case, saying Bataillon failed to recognize the exception for abuse in Nebraska’s parental consent law. She also said Bataillon should have recused himself because he was not impartial, as evidenced by his asking the girl if she knew that, “When you have the abortion, it’s going to kill the child inside you.”

“Probably the most disturbing aspect of this case was the judge’s treatment of this young lady, referring to killing her baby,” Mahern said Friday. “Who talks to a distressed 16-year-old girl like that?”

Court records found online make reference to a Peter Bataillon who served in the 1980s on a committee for Metro Right to Life, an Omaha anti-abortion group. 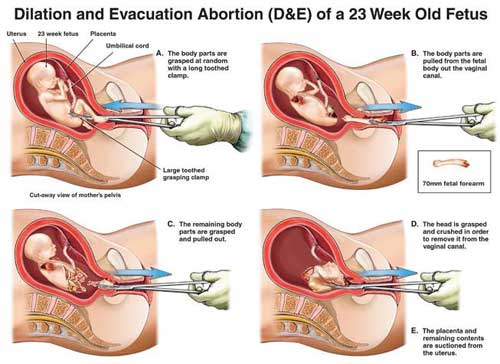 Bataillon did not immediately return a message Friday seeking comment on whether he had ever served on a committee for that or any other anti-abortion group.

Under an expedited process, the Nebraska Supreme Court upheld Bataillon’s ruling in August but did not issue a public opinion on it until Friday.

In the 5-2 opinion, the majority sided with the judge, saying that the abuse exemption does not apply to the girl, finding that a pregnant minor must show, for the purpose of waiving parental consent, that any abuse occurred at the hands of a current parent or guardian. It also found the girl did not prove she was sufficiently mature or well-informed enough to decide to have an abortion.

As for her argument that the child protection agency’s regulations don’t require state wards to get parental or agency consent for an abortion, the majority determined that Bataillon was limited to considering only the parameters laid out in the state’s parental consent law, which does not spell out from whom state wards would get consent.

The high court did not consider the girl’s argument that Bataillon should have recused himself, because she did not ask him to do so or question his impartiality at trial.

In a dissent, Justice William Connolly said the girl has no legal parents, and, therefore, didn’t have the option of seeking parental consent. That, he said, means the lower court lacked jurisdiction in the case and left her “in a legal limbo — a quandary of the Legislature’s making.”

He also suggested that Nebraska’s parental consent law is open to a constitutional challenge by state wards.

“I realize that this conclusion means that none of the statutory exceptions apply and that under (the state law), the petitioner is prohibited from obtaining an abortion,” Connolly wrote. “An absolute ban on the petitioner’s right to seek an abortion obviously raises constitutional concerns.”