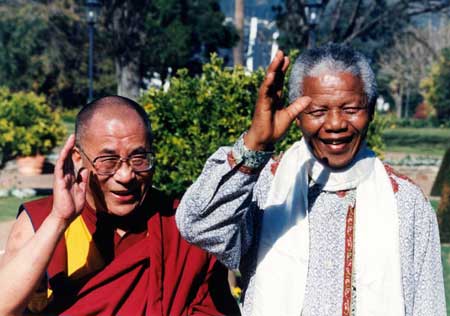 Life of both Dalai Lama and Nelson Mandela has many similarities. So are the differences. Later visions of both of them are pretty much similar. Universal peace is what they wish. They were good friends worked in unison in many aspects of their service to mankind.

The Dalai Lama said Friday he would miss his “dear friend” Nelson Mandela, who he hailed as “a man of courage, principle and unquestionable integrity” in a letter sent to the South African icon’s family.

In a statement on his website, the exiled Tibetan spiritual leader said “the best tribute we can pay to him is to do whatever we can to contribute to honouring the oneness of humanity and working for peace and reconciliation as he did”.

Mandela won the Nobel Peace Prize in 1993, four years after the Dalai Lama, and the two men last met in 2004 in Johannesburg.

“His Holiness said that he will personally miss a dear friend, who he had hoped to meet again and for whom he had great admiration and respect,” added the statement. The Dalai Lama was controversially denied a visa for South Africa in 2011 after being invited to give an inaugural peace lecture as part of celebrations for anti-apartheid campaigner Desmond Tutu’s 80th birthday.

China seeks to curb the overseas travels of the 79-year-old, and warns foreign governments that any visit by the spiritual leader would harm bilateral ties.

Beijing accuses the Dalai Lama, who is in exile in India, of being a separatist and of fomenting trouble in his homeland, from where he fled in 1959. The Dalai Lama says he merely seeks more autonomy for his people though non-violent means.

A court ruled in November last year that the South African government of President Jacob Zuma had acted unlawfully by failing to answer the Dalai Lama’s visa application.

At the time of the row, Tutu blasted the government as being “worse than the apartheid government”. 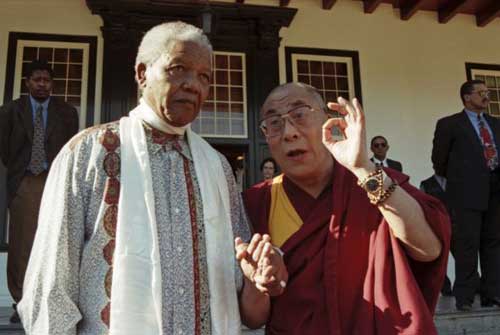 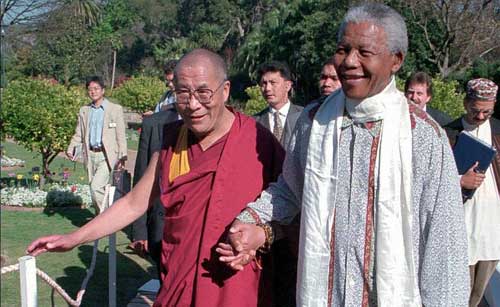 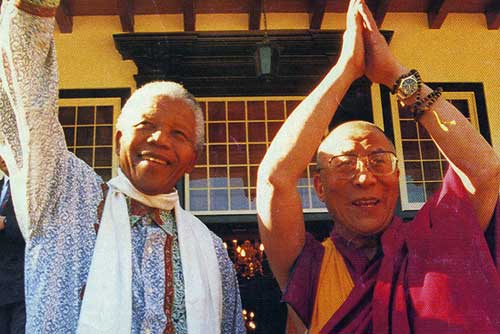