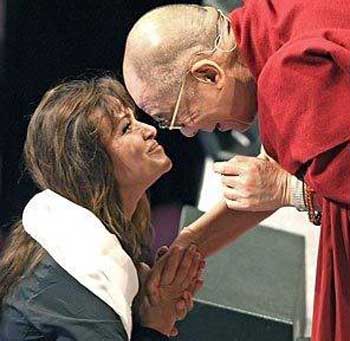 The Dalai Lama says female leaders are better leaders as they are more compassionate and hinted that the next Dalai Lama may be a female. The Dalai Lama weighed in on the debate around women leadership and came out firmly on the side of the female. Talking to reporters during a visit to Australia, the Buddhist leader was asked to weigh in on gender during a race for Prime Minister that has included charges of sexism.

Speaking generally, the Dalai Lama suggested that the crisis of suffering and inequality in the world requires a compassionate approach to leadership: “In that respect, biologically, females have more potential…

Females have more sensitivity about others’ wellbeing. In my own case, my father, very short temper. On a few occasions I also got some beatings. But my mother was so wonderfully compassionate.”