One of the cool things about writing these columns is that I’m always learning something new. Sometimes it’s reading new things — I’ve been reading a lot about Buddhist yogacara recently — sometimes it’s that I find new ideas as a result of trying to explain something in a column, and sometimes, like today, it’s that I’ve run into something I’d never seen before.

Regular readers know that I’ve suffered for most of my life from depression. In fact, “double depression”, chronic dysthymia with occasional acute episodes of depression. Chronic dysthymia is basically chronic low-level depression, what Shirley Maclaine is talking about in Steel Magnolias when she says “I”m not crazy, I’ve just been in a very bad mood for forty years!”

One of the characteristics of depression is obsessive thoughts: you find yourself obsessively thinking that there’s no hope, that you have failed and will always fail, that you’re unworthy of happiness, worthless, and a burden to yourself, your friends, and your family. For me, one of the striking things about antidepressants, especially Prozac, fluoxetine, the one that has worked best for me, is that my thinking about these things became clearer. I was more able to recognize when I was really unhappy above something, and when it was just depression “thinking me” that way. 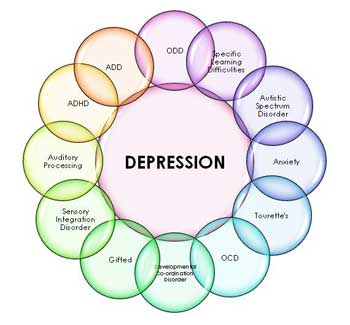 So, as I’ve written about suffering and the end of suffering in the last couple of weeks, I’ve realized that there’s a sort of obsessiveness there too. Sitting zazen, meditating, gives you a look at your mental processes. You get yourself settled, you start watching your breath or counting or repeating a mantra, and you find yourself dragged away by other thoughts. You catch yourself dwelling on those thoughts, anticipating or remembering pleasures, worrying about things to come or remembering with embarrassment things that have happened, fantasizing about what you should have said, or what you are going to say.

Now, something that I’ve seen much more clearly as I thought about this is that these things, these roots of suffering, are not suffering themselves; they are just things that can lead to suffering. There’s an old saying that pain is inevitable, but suffering is optional. In Buddhist terms, we might restate that: trishna is inevitable, but duhkha is optional. You sit yourself down and those thoughts come into your head; you dwell on the pain in your knees or the hot date you plan tomorrow, and whoomp, there it is: duhkha, suffering.

Now, there is a mental disorder that is completely characterized by obsessive thoughts, of course. It’s even called that: obsessive-compulsive disorder, OCD. While it’s often used as a joke, it also can be a really debilitating disorder.

In the airport this week, I picked up a copy of Discover magazine and came upon an article: “Rewiring the brain to treat OCD“. It’s about the research of Dr Jeffrey Schwartz at UCLA, who learned this zen style of meditation, “mindfulness” meditation, early in life and found it very helpful. 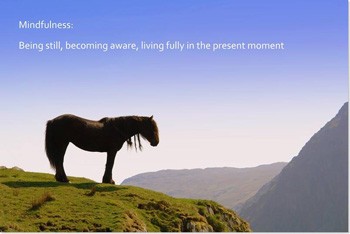 Later, he got involved in research on OCD. Real OCD can be very hard: you are living in terror, focused on something like whether you left the stove on or that your hands are dirty. You develop repetitive ritualistic ways of dealing with the terror — and you’re all the while completely aware that what you’re doing is, well, nuts.

Schwartz had the idea of using meditation to help people with OCD. Meditation, after all, teaches you to observe your thoughts more or less dispassionately. He taught insight meditation to some patients, and arrives are a sort of four step model — and I’m leaving out a lot of interesting stuff, so let me recommend you pick up the magazine and read the whole article, get the extended e-book version of the article, or it turns out Schwartz has a whole book on this four-step model.It turns out that there are pretty specific differences in brain activity in people with OCD. Two areas of the brain, the orbitofrontal cortex (OFC) and the caudate nucleus, are over-active in people with OCD, and that leads to the symptoms.

So here’s the four-step model: 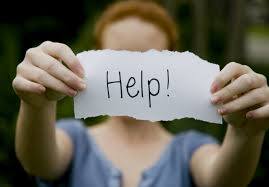 Reattribute. Schwartz discovered that just showing his OCD patients brain scans that showed the different brain activity in the OFC and caudate, was helpful in controlling their symptoms. It was a eureka moment: it really wasn’t them, it was a difference in the brain. Again, this fits my experience with depression. After the first time the drugs let me see that those depressed thoughts were something somehow chemical, that in itself helped me cope with the depression.

Refocus. Just as I’ve been saying about suffering, Schwartz’s third step is, when you observe that you’re falling into obsessive thoughts, you turn your thoughts to something else. You do something else.

Revalue. In OCD, those obsessive thoughts are difficult because they seem to important: it literally seems life or death whether your hands are clean or the windows are all closed. Once you realize “it’s not me, it’s the OCD”, then you can re-evaluate the importance you’re giving those thoughts. Schwartz says that you should considered them “trash… not worth the gray matter they rode in on.”

This turned out to be very effective at helping these OCD patients cope, but after ten weeks of doing this practice, Schwartz arranged for new brain scans.

In the new brain scans, his patients brains had actually changed; the OFC and caudate activity was closer to normal, and the changes were proportional to the amount of relief the patients had realized.

Of course, this is exactly what Buddhist meditators had observed for 2500 years: the more you meditate, the less you are troubled by duhkha. Now there’s physical evidence that there is a real neurological effect going on — insight meditation changes your brain.