DiCaprio shows the day again : donates $3m to save tigers 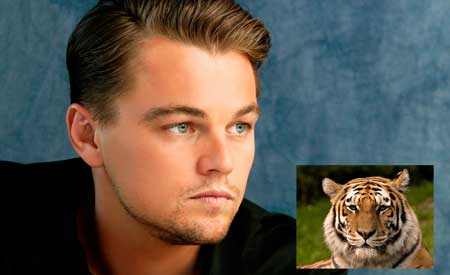 Leonardo DiCaprio is a great icon in conservation. He is a one of the very few truly compassionate stars, as we hear news of the life he lives. He is in the forefront of many green initiatives. He is also a Vegetarian. More interestingly, he went on to produce an all time best movie/documentary on global warming/climate change, called the 11th hour.

The Great Gatsby star made the donation to the World Wildlife Fund (WWF) via his charitable foundation. The funds will be used to significantly increase the number of tigers in Nepal by 2022 – the next year of the tiger.

In a statement, the 39-year-old said he’s “hopeful” the money will help “exceed the goal” of doubling Nepal’s tiger population.

Nepal’s tigers are classified as endangered and – as with the general tiger population – are under threat from “habitat destruction and escalating illegal poaching”.

Previous article“Why I Became a Buddhist” : My Journey as a Buddhist
Next articleNicholas Vreeland documentary “Monk with a Camera” slated for Amsterdam world premiere
Digital Media