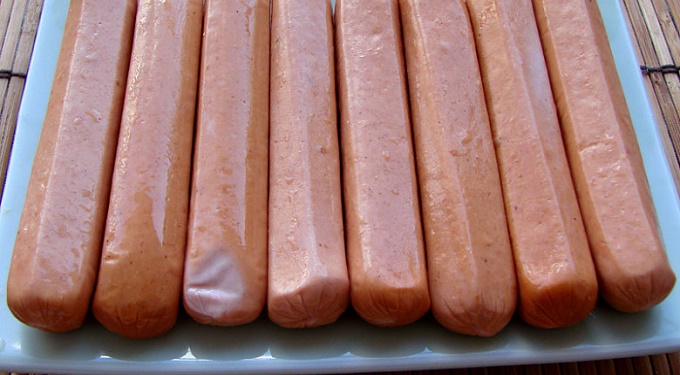 All parents want the best for their children. They want to protect their kids, but sometimes, they sacrifice convenience for the sake of safety.

A lot of Americans are used to eating a certain foods and they actually are not aware that they’re making unhealthy choices and those choices are affecting their kids.

Among American favorites is the Hot Dog. Statistically this food is eaten at least once a week in most households.

USC epidemiologist reveals that he found that children who eat more than 12 hot dogs per month have even 9 times the normal risk of developing childhood leukemia. And that’s not all, in another study, children who ate hot dogs one or more times per week were also at higher risk of brain cancer.

This study examined the connection between the intake of certain foods and the risk of leukemia in children from birth to age 10 in Los Angeles County between 1980 and 1987. In addition, it was concluded that there was a strong risk for childhood leukemia for children whose fathers’ intake of hot dogs was 12 or more per month before conception.

What is even more terrifying, the dietary habits of parents before their child is born, as well as during pregnancy, can leave them more prone to disease.

To be more precise, Sarusua and Savitz are researchers who studied childhood cancer cases in Denver. They found that children born to mothers who consumed hot dogs one or more times per week during pregnancy have approximately double higher risk of developing brain tumors.

It’s been concluded that the nitrates contained in hot dogs are the cause of these health problems.

Canadian Cancer Society explains that these nitrates act as preservatives to prevent food from spoiling, and they also add colour to the meat.

There is possibility to add Vitamin C to some preserved meats because it keeps nitrites from changing into nitrosamines, which may help reduce the risk of cancer associated with these chemicals. Still, new cases of nitrate – caused cancers still appear at an alarming rate each year.

How To Avoid Nitrate – Filled Foods?

First of all, you should minimize your consumption of processed foods and cured meat products such as hot dogs, sausage and cold cuts. Another important step is to check the labels carefully and avoid products that list sodium or potassium nitrates and nitrites. In addition to lunchmeat, some canned beans and vegetables with bacon, and even packaged seafood, may contain these added chemicals.

We suggest you to consume organic food. Synthetic nitrates and nitrites are not allowed as preservatives in organic packaged foods and meats.

You can also find out if your water is tainted with nitrates or nitrites. Public drinking water utilities test for these compounds and must disclose their results. If you drink well water, your local health department can help you find out if this is a problem in your area. You can also have your water tested by a laboratory. If the chemicals are present, consider treating your water with a home water distiller, a reverse osmosis filter or an ion exchange filter to remove any fertilizer nitrates in the groundwater.

Last, but not least, eat a diet high in antioxidants. Vitamin C and certain other vitamins can reduce the conversion of nitrates and nitrites to nitrosamines.