Prev Article Next Article
Egyptian military claims to have invented ‘an astonishing, miraculous scientific invention’ that cures AIDS, hepatitis and other viruses and are about to unveil it… but it isn’t quite ready yet

• Due to be launched Monday

• The claims caused uproar among scientists

The army had earlier promised to reveal the technology to the public this coming Monday after making what experts dismissed as an outlandish claim last February.

At a news conference then, the head of the army’s Engineering Agency said the military had produced an ‘astonishing, miraculous scientific invention’ that could detect AIDS, hepatitis and other viruses without taking blood samples and also purify the blood of those suffering from the diseases.

The claim caused uproar among scientists and the public, with many pointing out that it had not been properly verified. 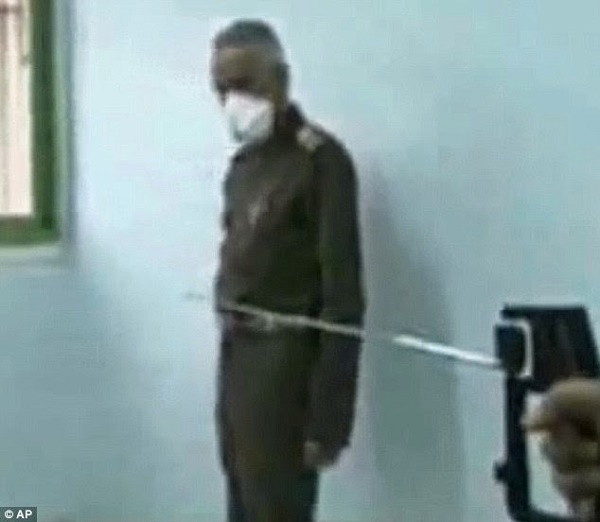 It was also lampooned in a famous satirical program that has now been taken off the air.

The claim hit a sensitive nerve in Egypt, where Hepatitis C is an epidemic.

Some studies estimate that up to 10 percent of 86 million Egyptians have it, making it the country with the highest prevalence in the world.

In a press conference held in a military hospital in Cairo Saturday, a military doctor said the devices needed further tests before they could be released to the public.

Scientific integrity mandates that I delay the start of the public release until the experimentation period is over, to allow for a follow up with patients already using it,’ Egypt’s state news agency MENA quoted Maj. Gen. Gamal el-Serafy, director of the Armed Forces Medical Department, as saying.

El-Serafy said doctors had already started testing one of the machines, the so-called ‘Complete Cure Device’, on 80 Hepatitis C patients who were also being treated with medication.

Saturday’s news conference notably dropped any mention of the devices as a cure for AIDS, only referring to hepatitis.

The original claim in February raised concerns that the military’s offer of seemingly inconceivable future devices would draw Egypt back into a pattern of broken promises by successive rulers who would frequently announce grand initiatives that failed to meet expectations.

Generals working on the project and pro-military media adopted a defensive stance over the matter, insisting that the invention would be released to the public and that any criticism of it was part of a foreign plot to rob Egypt of a major scientific victory.

El-Serafy said the armed forces will set up a medical center to treat the viruses in the Suez Canal province of Ismailiya to carry out the tests and declare results.