Emptiness: The Most Misunderstood Word in Buddhism 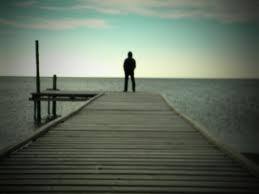 “Emptiness” is a central teaching of all Buddhism, but its true meaning is often misunderstood. If we are ever to embrace Buddhism properly into the West, we need to be clear about emptiness, since a wrong understanding of its meaning can be confusing, even harmful. The third century Indian Buddhist master Nagarjuna taught, “Emptiness wrongly grasped is like picking up a poisonous snake by the wrong end.” In other words, we will be bitten!

Emptiness is not complete nothingness; it doesn’t mean that nothing exists at all. This would be a nihilistic view contrary to common sense. What it does mean is that things do not exist the way our grasping self supposes they do. In his book on the Heart Sutra the Dalai Lama calls emptiness “the true nature of things and events,” but in the same passage he warns us “to avoid the misapprehension that emptiness is an absolute reality or an independent truth.” In other words, emptiness is not some kind of heaven or separate realm apart from this world and its woes.

The Heart Sutra says, “all phenomena in their own-being are empty.” It doesn’t say “all phenomena are empty.” This distinction is vital. “Own-being” means separate independent existence. The passage means that nothing we see or hear (or are) stands alone; everything is a tentative expression of one seamless, ever-changing landscape. So though no individual person or thing has any permanent, fixed identity, everything taken together is what Thich Nhat Hanh calls “interbeing.” This term embraces the positive aspect of emptiness as it is lived and acted by a person of wisdom — with its sense of connection, compassion and love. Think of the Dalai Lama himself and the kind of person he is — generous, humble, smiling and laughing — and we can see that a mere intellectual reading of emptiness fails to get at its practical joyous quality in spiritual life. So emptiness has two aspects, one negative and the other quite positive.

Ari Goldfield, a Buddhist teacher at Wisdom Sun and translator of Stars of Wisdom , summarizes these two aspects as follows: 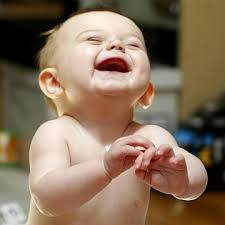 The first meaning of emptiness is called “emptiness of essence,” which means that phenomena [that we experience] have no inherent nature by themselves.” The second is called “emptiness in the context of Buddha Nature,” which sees emptiness as endowed with qualities of awakened mind like wisdom, bliss, compassion, clarity, and courage. Ultimate reality is the union of both emptinesses.

With all of this in mind, I would like to highlight three common misunderstandings of emptiness: emotional, ethical and meditative.

When we say “I feel empty,” we mean we are feeling sad or depressed. Emotionally speaking, “emptiness” is not a happy word in English, and no matter how often we remind ourselves that Buddhist emptiness does not mean loneliness or separateness, that emotional undertow remains. At various times I have looked for a substitute translation for the Sanskrit sunyata — I have tried “fullness,” “spaciousness,” “connectedness,” and “boundlessness” — but as Ari Goldfield points out, “emptiness” is the most exact translation. “Emptiness” is also the term that my own teacher Shunryu Suzuki used, though he usually added context. Once, speaking of emptiness he said, “I do not mean voidness. There is something, but that something is something which is always prepared for taking some particular form.” Another time, speaking of the feeling tone of emptiness, he said, “Emptiness is like being at your mother’s bosom and she will take care of you.”

Some Buddhist students rationalize or excuse bad behavior of their teacher by asserting that through his understanding of emptiness the teacher is exempt from the usual rules of conduct. One student said, “Roshi lives in the absolute so his behavior can’t be judged by ordinary standards.” While it is true that Buddhist teachers sometimes use unusual methods to awaken their students, their motivation must come from compassion, not selfishness. No behavior that causes harm is acceptable for a Buddhist practitioner, teacher or otherwise.

Some Buddhist students think that a meditative state without thought or activity is the realization of emptiness. While such a state is well described in Buddhist meditation texts, it is treated like all mental states — temporary and not ultimately conducive to liberation. Actually emptiness is not a state of mind at all; it is, as the Dalai Lama says, simply “the true nature of things and events.” This includes the mind. Whether the mind of the meditator is full of thoughts or empty of them, this true nature holds.

Finally, since emptiness seems so difficult to understand, why did the Buddha teach it at all? It is because of his profound insight into why we suffer. Ultimately we suffer because we grasp after things thinking they are fixed, substantial, real and capable of being possessed by ego. It is only when we can see through this illusion and open ourselves, in Ari Goldfield’s words, “to the reality of flux and fluidity that is ultimately ungraspable and inconceivable” that we can relax into clarity, compassion and courage. That lofty goal is what makes the effort to understand emptiness so worthwhile.