Fascinating story of cindy bird – how i became a Buddhist 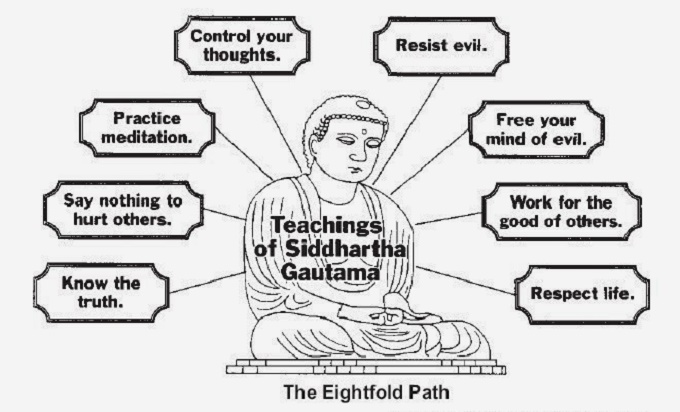 As I walked through the doors of Losel Maitri Tibetan Buddhist Center and took my place on a cushion in the Shrine Room, I thought about what I was about to do. I had decided to take the Refuge Vows in today’s ceremony. The Refuge Vows are the vows someone takes to become a “Buddhist”. They aren’t required, but I had decided this was a step I wanted to take. It had taken me a long time to get here.

I was 14 years old when I got involved with Transcendental Meditation or TM. I practiced it all the through High School. I went on to become an EMT and the TM just fell by the wayside.

I met my husband while working as an EMT. He was brought up Catholic and had become a Methodist. When we got married, I agreed to try going to church.

I had a lot of questions about the Christian faith. Questions about Original Sin, the Free Will Doctrine, and beliefs about the Rapture and the Book of Revelation. But the church didn’t seem to encourage questions. When I would ask questions of the Preacher, he seemed to try to give me just enough of an answer so that I would go away.

My final break with both the church and an attempt at following Christianity came when I got sick after the birth of my youngest son. There is a fungus that grows under the skin of tomatoes grown in the West. It causes something called desert fever, which causes multiple pneumonias. It turn out that I had the bad luck to get the one tomato that was infected in the box.

My husband had me, a three-year-old and an eight month old to take care of. On top of that, his mom had just had a stroke. He called the church to ask them to send a couple of ladies to sit with me so he could get a few errands done. The church refused to send anyone. It made me feel as if they didn’t care about us. Combined with the questions I had that were still unanswered, and the feeling of being an outsider, I decided that I was done. I do know that not all churches are that way, but I was too hurt to try again.

I told my husband that I was going back to the TM. I went to the local bookstore and discovered a book by the Dalai Lama called, How to Practice: The Way to a Meaningful Life. I bought it and as I began to read, discovered that many of the things I believed in my heart were also core tenets of Buddhism. Things like love being the basis of the human experience, compassion and empathy are strengths (not weaknesses). I found out that there was a Tibetan Buddhist Center in Birmingham. I called and spoke to the woman who runs the center. She invited me to the center and explained what to expect when I came.

A few days later, I visited the center. When I walked in the door, it was like coming home. I was welcomed, not as a stranger, but as a long-lost sister. Everyone welcomed me and seemed to be genuinely glad that I was there. People explained what to do during the service and helped me to find a place in the Shrine Room. Afterwards, it seemed as if each person there tried to shake my hand, hug me and tell me how glad they were that I had come.

I began to attend weekly prayer and meditation services. About four months after I joined, the teacher , Lama De Shek offered the Refuge Ceremony. At that time I chose not to take the Vows. I didn’t feel I was ready.

I was lucky enough to find a great online study group and began to learn more about Buddha’s Teachings. I felt more and more that this was where my heart belonged.

A year later, I found myself sitting on a cushion, waiting for the Refuge Ceremony to begin. I knew that the vows I was about to take were lifetime vows. I also knew that ever since I had begun Buddhist practice, I was happier and more settled. I felt more at home in my own head and I knew that I was a better mother and wife as a result.

Lama De Shek began by having us each repeat the Refuge Prayer three times:

We then knelt on one knee and took the vows, called

After the ceremony, we are given small pictures of the Dalai Lama, with the words: “June 15, 2004. On this date I took Refuge in the Three Jewels (Buddha, Dharma and Sangha). On the back, it lists the Five Precepts that I vowed to live by. I carry it in my wallet to this day, as a reminder of my own vows and as a reminder of the Path I took to get where I am today.

Previous articleBuddhism emerging in the land of the midnight sun
Next articleBuddhist movie review, Little Buddha as seen by Peter Hata
Digital Media