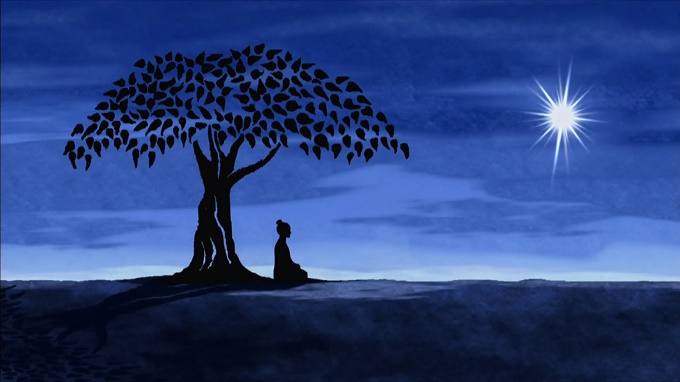 By Kaushalya Premachandra
Via: Ceylon Today

The five precepts which as a bundle termed as pañcasila in Pali, constitute the basic code of ethics in Buddhism. They are known as the “basic” precepts as they are considered to command the minimum moral obligation of a practicing lay Buddhist. However, the closer we get to the five precepts that we perceive, the greater the wisdom emanating from them in order to lead us towards nirvana (enlightenment).

The five precepts which as a bundle termed as pañcasila in Pali, constitute the basic code of ethics in Buddhism. They are known as the “basic” precepts as they are considered to command the minimum moral obligation of a practicing lay Buddhist. However, the closer we get to the five precepts that we perceive, the greater the wisdom emanating from them in order to lead us towards nirvana (enlightenment).

In Buddhism sila is the first of three modes of training oneself to achieve nirvana. One has to inculcate oneself in sila (moral discipline) in order to achieve samadhi (noble concentration) and prajñā (wisdom). This noble training that requires unqualified and unadulterated adherence to achieve enlightenment signifies the need to seek the noble truth behind the precepts that we observe. If we look at the five precepts, which command the commitment to refrain from killing, stealing, sexual misconduct, lying and intoxication, through an eye of wisdom we realize that they demand a higher obligation than what is literally expected. Therefore, let us unfold the noble meaning behind the five precepts.

The precept of abstaining from destruction of life

The precept of abstaining from destruction of life is meant by panatipata veramani sikkhapadam samadiyami in Pali. In its literal meaning the first precept connotes the moral obligation to refrain from killing of all living beings because pana in Pali means breathing, referring to living beings with a breath and consciousness. In a broader perspective this precept which is based on compassion prohibits not only killing but also hurting and torturing living beings who love to live their lives pain free, irrespective of the category they are born into. This is because atipata in Pali is translated as ‘striking down’ not to evade an act of destruction of life other than killing in its meaning. It is preached by some Buddhist monks that hurting and torturing tantamount to killing as they can cause severe emotional trauma and physical pain. By refraining from all kinds of destruction of life one acknowledges the right to life and to be free from torture while letting all living beings be happy.

Despite the literal meaning of the precept that prohibits the killing of other living beings, the noble meaning behind it commands the observer a commitment to ‘refrain from killing his own self’.

It has been preached by Lord Buddha that we travel along an endless sansara being born to various forms of lives according to our karma. Lord Buddha has preached, taking into account the suffering that has to be endured throughout sansara, that birth itself is a suffering as it leads only to sickness, old age and death. Hence, in order to abstain from killing one’s own self one has to stop the cycle of sansara. One has to stop rebirth. Observing the first precept with its noble meaning in mind will transform that sila into an arya sila which is the type of sila advocated by the noble Buddhist teaching if one wants to seek nirvana by his practices.

The foundation of arya sila is based on the three characteristics of existence or what is termed as trilaksana in Pali which consist of anicca (impermanence), dukkha (suffering) and anatta (non-self). Training oneself to look at pancha upādānaskanda (the five clinging aggregates which constitute of rupa – material form, vedana – feelings, sanna – perception, sankara – volition or mental formations and vinnana – sensory consciousness) as anicca, dukkha, anatta will help one strike down the illusion of ‘self’.

The precept of abstaining from taking what is not given

This precept is what is meant by adinnadana veramani sikkhapadam samadiyami in Pali. By adherence to this precept one should abstain from taking what is not given to him; actions pertaining to stealing such as encouraging, supporting or commanding to steal; and from actions that are analogous to stealing. This precept is based on the observance of right to property and its enjoyment free from unethical interference that anyone in this world is entitled to. Hence, it encourages a right means of livelihood in the person observing the precept.

In order to unveil the noble meaning behind this precept we should scrupulously examine the meaning of the words “what is not given to us”.

According to the Dhamma what we perceive as existing in the world is an illusion created by sanna which is one of the five aggregates that is compared to a mirage. The simultaneous occurrence of pancha upādānaskanda is a result of ‘contact’ of the salayathana (eyes, ears, nose, tongue, body and mind) with the sensory matters (visible objects, sound, odour, taste, touch and thoughts) and the vinnana (consciousness). The duty of pancha upādānaskanda is to create the illusion of existence by making up illusionary pictures of worldly things in our mind. We live and cling to pancha upādāna skanda, as we fail to perceive everything in the world as a mere consciousness or passing phenomena that has no solid base.

For example, we see a flower when the ‘visible object’ that is the flower ‘contacts’ with the ‘eye’ with our ‘consciousness pertaining to vision’. In that very moment, the five aggregates occur in the mind to recognize the flower and sense it. The thoughts that are formed relate to a flower which is only a nama-rupa (object seen by the mind). The mind which materializes the flower passes away soon after it is born. A mind which is impermanent and has no self cannot be owned as ours. Therefore, we cannot claim anything in the world as belonging to us. Likewise we cannot claim the flower as it is only a perception of the mind.

Therefore, attachment to our thoughts, feelings and sensations of the world, which are all created in our mind, tantamount to ‘taking what is not given’. That is because a mere perception of the mind as to something existing in the outside world cannot give us a right to that object nor can we own that consciousness which is not material. Moreover, there is nothing that we can perceive in the world without the help of pancha upādānaskanda.

We see our thoughts and feelings as part of ourselves or something belonging to us because we attend only to the surface of our experiences. Looking at everything that we grasp in the world as something that is materialized to us by our own mind will help us abstain from stealing sensations that are strictly not ours.
The precept of abstaining from sexual misconduct

This precept is what is meant by kamesu micchachara veramani sikkhapadam samadiyami in Pali. The precept in its literal terms commands the commitment to abstain from sexual misconduct as the word kama has been narrowly interpreted to mean only sexual pleasures. In that sense sexual conduct outside the relationship of marriage is prohibited.

A noble perspective towards observing this precept nevertheless warrants a broader meaning to the word kama in Pali to mean all sorts of craving for sensuality or sensual pleasures. Sensual desires relate to cravings seeked by our six senses which consist of the eyes, ears, nose, tongue, body and mind. The eyes have an indulgence to see, ears to hear, nose to smell, tongue to taste, body to touch, and the mind to thoughts. However, it is important for us to discern how these pleasures could amount to misconduct. For that we can relate to our discussion in the previous precept.

In the discussion above, we ascertained how these sensations are perceived by our mind and how attachment to sensations that are ‘not given to us’ by anybody but occur as a result of a ’cause and effect’ could amount to stealing. We have to understand ‘misconduct’ in a likely manner, so that we realize attachment to sensations which do not belong to us and our endless craving for more sensual pleasures constitute ‘misconduct’. This is because a noble approach only pursues the noble truth behind every phenomenon. Hence, by focusing on trilaksana (anicca, dukkha, anatta) in sensual pleasures created by the mind one can abstain from craving for such pleasures.

The precept of abstaining from falsehood

The precept of abstaining from falsehood is what is meant by musavada veramani sikkhapadam samadiyami in Pali. The literal obligation is to prevent from telling all sorts of lies including both direct and indirect with an intention to deceit. The significance of this precept becomes more apparent as even telling a small truth is a revolutionary act in a world of deceit that we have got to live today.

The precept of abstaining from intoxication

This precept is what is meant by surameraya majjapama dattana veramani sikkhapadam samadiyami in Pali. The literal meaning demands a commitment to abstain from taking intoxicants that can impair one’s ability to think and act. Impairment of consciousness by intoxication could cause one to engage in every possible evil. The essence of the precept is to avoid one being careless and late towards his deeds and actions. In a broader interpretation gathered from the same, some Buddhist monks preach that this precept is to avoid one being late to approach Dhamma.

However, in the noble teaching one is not only expected to abstain from intoxication by harmful drugs or alcoholic drinks but also by his own thoughts what makes him consider he is superior to others. Intoxication that is caused by ‘pride’, ‘arrogance’ or ‘conceit’ could be more harmful to one walking in the noble path being a real obstacle to achieve nirvana. ‘Pride’ in oneself is what is termed as Māna in Pali. It could take many forms though one may not strictly notice. ‘Pride’ could be caused by one’s educational level, wealth, caste, colour, gender, profession, power and also more importantly by one’s sila, samadhi, knowledge of Dhamma, religion, and the account of one’s meritorious deeds. One’s thought, for instance, that he is superior to others from his sila or samadhi could seriously hinder his progress to nirvana, though it may happen unnoticed. Therefore, by adherence to the fifth precept one should be able to avoid all forms of intoxication that can obstruct nirvana.

As Buddhists with an ultimate goal to achieve nirvana we should be able to seek and practice dhamma in a meaningful manner as it will help us achieve our noble goal. Seeking the noble truth behind Buddha dhamma is termed as niruththi patibana in Pali. However, one should not approach a higher standard of observance unless by gradual improvement attained through knowledge and practices of Dhamma.