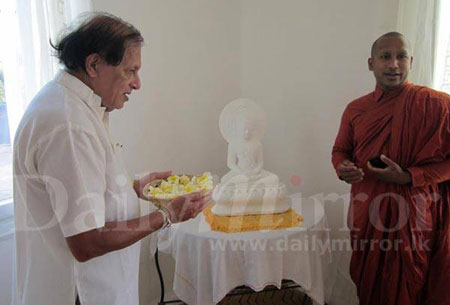 Taking Buddhism to an unlikely destination, the first ever Buddhist temple was established in Israel recently to cater to the spiritual needs of the some 7000 Sri Lankan communities and interested locals. 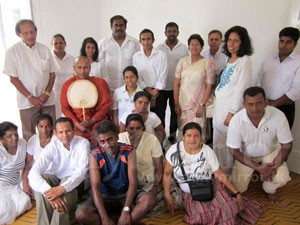 In keeping with the religious sensitivities in Israel, the inaugural event was carried out on a low scale without much publicity. Ven. Dhammathilaka Thero and Sarath Wijesinghe, the Ambassador jointly oversaw the arrangements to ensure the establishment of the temple which is a historic landmark event since it is the first time that a Sri Lankan Buddhist temple has been established ((Only a Zen centre available currently in Israel) since the establishment of diplomatic relations between the two States.

The present premises will serve as a temporary temple until a spacious venue is located for the convenience of the Sri Lankan community and interested locals. Pictures below show the religious observances that took place at the opening ceremony.

Previous articleThe 3-Minute Video That Will Make Any Problem You Have Seem Astonishingly Trivial
Next articleActively Grateful: The Power of Ongoing Thanksgiving
Digital Media