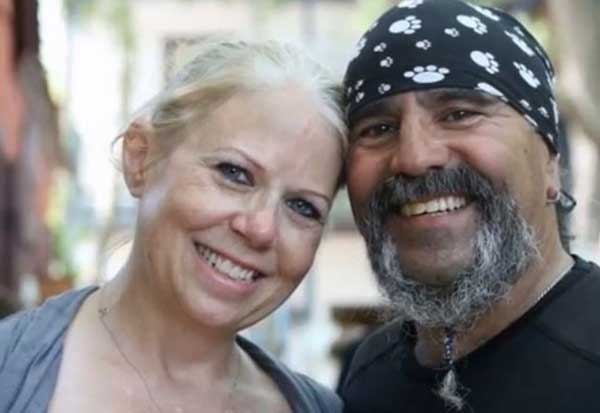 Chico and Debbie Jimenez were fined by Daytona Beach police for feeding the homeless.

After feeding the hungry in a Daytona Beach park every weekend for more than a year, it’s just as easy to imagine Chico and Debbie Jimenez given a ticker-tape parade as what they actually got: a slew of citations and a permanent ban from the park.

Chico and Debbie Jimenez, a husband and wife team, aren’t handing out food in the Florida heat every Wednesday because of a court order or for a paycheck. They do it because they believe helping the poor is their religious duty. The pair run a Christian outreach group, Spreading the Word Without Saying a Word Ministry, that gives food to the needy every week, pointing to Jesus’ words in Matthew 25:40: “Truly I tell you, whatever you did for one of the least of these brothers and sisters of mine, you did for me.”

Every Wednesday, the Jimenezes feed more than a hundred people a hearty lunch with dishes of chicken patties, macaroni salad, and fresh vegetables, among others. The meals are entirely funded by private donations and staffed with volunteers.

However, Daytona Beach is one of a handful of cities that enacted ordinances barring individuals from serving food in public. Last week, nearly a half-dozen police officers showed up at Manatee Island Park, where a long line of people had queued to get a meal, and served citations to the Jimenezes and volunteers.

Watch footage from May 7:

According to the group’s Facebook page, Chico and Debbie, along with four volunteers, were each given multiple 2nd degree misdemeanor citations. The fines totaled $373 per person, $2,238 for the group. The police also permanently banned the group from Manatee Island Park. “We both have made a lot of good friends in the park and are devastated that we are banned the Manatee Park forever,” Debbie wrote. “I am heartbroken.”

Police Chief Mike Chitwood commented about the incident to the Daytona Beach News-Journal: “The ordinance is there, so if we catch you, we’re going to cite you.” He went on to add, “If you want to feed people, and you want to do a good, Christian act, we encourage you to coordinate with the social service agencies.”

Daytona Beach is just the latest city to crack down on groups that feed the poor in city parks. Other recent examples range from Birmingham to St. Louis to Raleigh to Philadelphiato Orlando. A 2010 report from the National Law Center on Homelessness & Poverty identified more than a dozen other cities with restrictions and found an uptick in the number of new ordinances.

The Jimenezes, who both left jobs more than a year ago to focus on ministry full-time, were upset about the developments, but told the News-Journal that they planned to challenge the citations rather than pay them. “We are ‘ NOT Criminals ‘ and feeding ‘ Hungry folks ‘ is not a crime,” the couple said.