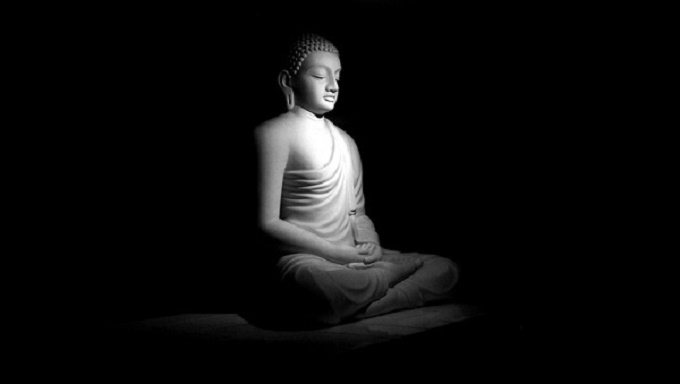 To live means to suffer, because the human nature is not perfect and neither is the world we live in. During our lifetime, we inevitably have to endure physical suffering such as pain, sickness, injury, tiredness, old age, and eventually death; and we have to endure psychological suffering like sadness, fear, frustration, disappointment, and depression. Although there are different degrees of suffering and there are also positive experiences in life that we perceive as the opposite of suffering, such as ease, comfort and happiness, life in its totality is imperfect and incomplete, because our world is subject to impermanence. This means we are never able to keep permanently what we strive for, and just as happy moments pass by, we ourselves and our loved ones will pass away one day, too.

The origin of suffering is attachment to transient things and the ignorance thereof. Transient things do not only include the physical objects that surround us, but also ideas, and -in a greater sense- all objects of our perception. Ignorance is the lack of understanding of how our mind is attached to impermanent things.

The reasons for suffering are desire, passion, ardour, pursuit of wealth and prestige, striving for fame and popularity, or in short: craving and clinging. Because the objects of our attachment are transient, their loss is inevitable, thus suffering will necessarily follow. Objects of attachment also include the idea of a “self” which is a delusion, because there is no abiding self. What we call “self” is just an imagined entity, and we are merely a part of the ceaseless becoming of the universe.

The cessation of suffering can be attained through nirodha. Nirodha means the unmaking of sensual craving and conceptual attachment. The third noble truth expresses the idea that suffering can be ended by attaining dispassion. Nirodha extinguishes all forms of clinging and attachment. This means that suffering can be overcome through human activity, simply by removing the cause of suffering. Attaining and perfecting dispassion is a process of many levels that ultimately results in the state of Nirvana. Nirvana means freedom from all worries, troubles, complexes, fabrications and ideas. Nirvana is not comprehensible for those who have not attained it.

There is a path to the end of suffering – a gradual path of self-improvement, which is described more detailed in the Eightfold Path. It is the middle way between the two extremes of excessive self-indulgence (hedonism) and excessive self-mortification (asceticism); and it leads to the end of the cycle of rebirth. The latter quality discerns it from other paths which are merely “wandering on the wheel of becoming”, because these do not have a final object. The path to the end of suffering can extend over many lifetimes, throughout which every individual rebirth is subject to karmic conditioning. Craving, ignorance, delusions, and its effects will disappear gradually, as progress is made on the path.