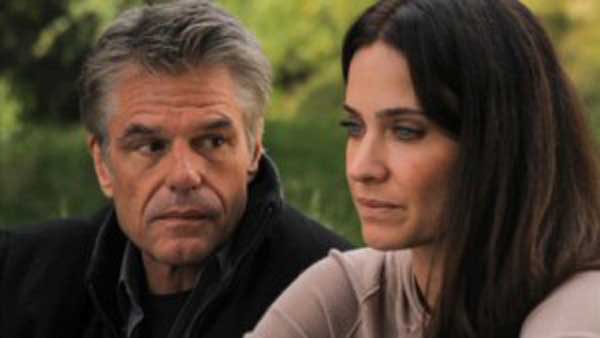 “There are a lot of unhappy people out there and I think this film points them in the right direction to overcome that unhappiness.  If it succeeds, we will have made a difference.”

Such is the aspiration of screenwriter/director Gary T. McDonald. His latest film, The Fourth Noble Truth, is a kind of Buddhist love story, fraught with the complications of worldly life. It emerged from his experiences sitting with the All One Dharma meditation group in Santa Barbara, CA, and will be screened in a world premiere at the Sonoma International Film Festival April 3 and 5 (see the trailer at the end of this post).

The title of The Fourth Noble Truth refers to the Buddha’s teaching on the path leading to the cessation of suffering. A-list Hollywood actor Aaron (Harry Hamlin) embarks on this path involuntarily: after his arrest in a road rage incident, he’s sentenced to learn meditation from the attractive Rachel (Kristin Kerr). The film progresses in eight chapters, each mirroring one of the eightfold elements of the Buddhist path. Along the way, Rachel attempts to lead Aaron away from his narcissistic habits of desire, while wrestling with her increasingly conflicted feelings about him.

See a preview of the film here: