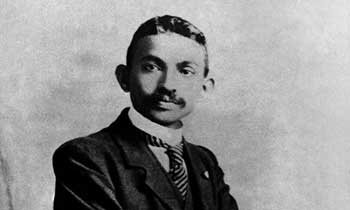 For a man born into the obscurity of a remote village in western India in 1869, Mohandas Karamchand Gandhi, who died at the hand of an assassin in 1948, still enjoys a remarkable and vigorous posthumous reputation. He has inspired Martin Luther King, Nelson Mandela, Aung San Suu Kyi, and even the Dalai Lama. His techniques of nonviolent resistance have been widely copied across the world. During the Arab spring, the radical opposition in Egypt, Yemen and Tunisia often displayed Gandhi’s photograph during their protests, as a symbol of their methods and aspirations. His famous contemporaries – notably Mao Zedong, Roosevelt and Churchill – enjoy nothing like the same afterlife.

As with many great revolutionaries, Gandhi expressed his ideas in print throughout his career. Between 1903 and 1948, he published his opinions in a weekly newspaper, in Gujarati and English. Accordingly, his Collected Works, published by the Indian government in a series of about a hundred volumes, an accumulation of speeches, essays, editorials and interviews, provide an extraordinarily intimate picture of the man – but from an Indian point of view.

In Gandhi Before India, Ramachandra Guha, one of the subcontinent’s most influential historians, has set himself the revisionist task of challenging this Indo-centric self-portrait of the Mahatma, not merely cleaning the family portrait, but uncovering a new backdrop and giving the whole restoration a new frame. Guha’s impressive monograph, the first of two volumes, challenges the Gandhi legend as it was portrayed in, for instance, Richard Attenborough’s Oscar-winning film starring Ben Kingsley. 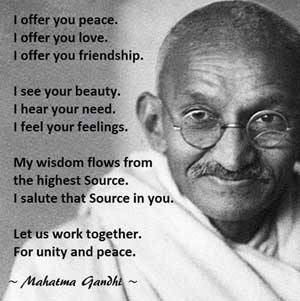 As well as the childhood in Gujarat and his two years as a student in London, Guha focuses on the now almost forgotten chapter in Gandhi’s career, his two decades as a lawyer and community organiser in imperial South Africa before and after the Boer war. Guha is at pains to demonstrate that, up to his final return, aged 46, Gandhi had almost no knowledge of India in the wider sense. When he first went to London, at 19, MK Gandhi had never travelled outside his native Kathiawar. Later, in 1892 and 1902, he spent months in Bombay but, despite visits to Calcutta and Madras in 1896, had never actually “spoken to a single Indian peasant worker living or working in India itself”. Rather, Gandhi’s ideas, beliefs and deepest political instincts had been shaped by his remarkable career as a crusading lawyer in South Africa.

When Guha lists Gandhi’s four major callings – freedom fighter, social reformer, religious pluralist and prophet – he clearly identifies each of these as having their roots in Natal and the Transvaal. Gandhi’s most famous contribution to the 20th century, satyagraha (or “truth force”), the technique of mass civil disobedience, was also invented in South Africa. Gandhi’s non-Indian side becomes even more distinct when Guha describes the minutiae of his African life and work. The big surprise is the degree to which the future Mahatma was so completely in tune with the wider ethos of the British empire, emerging, somewhat bizarrely, as an empire loyalist.

Indeed, when the Boer war broke out, Gandhi expressed hope for “a British victory”. He had, meanwhile, become “the champion of the Indian cause in Natal”, although this, as Guha shows, was less to do with his sympathy for the rights of his fellow Indians than the failure of his legal career during a return to Bombay in 1902. 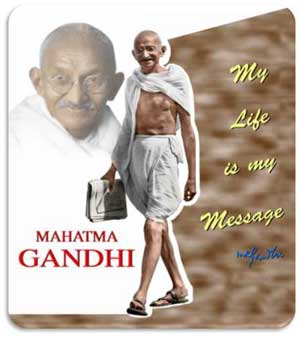 When the call came to return to South Africa, Gandhi saw it as a way out of a professional impasse. Identifying his luck, he moved fast. Soon after his return to the Transvaal, he set up the newspaper, Indian Opinion, that would become the bridgehead for the battle on behalf of his people.

At this moment in the early 1900s, the many competing strands in Gandhi’s life were almost wholly focused on South Africa. He was a lawyer working for clients in Johannesburg and Durban, and also campaigning for the rights of Indians in the Transvaal. He was a newspaper propagandist. Finally, he was becoming obsessed with the simple life, by solitude, diet, meditation and celibacy. In 1906, he took the vow of brahmacharya, curtailing all sexual relations with his long-suffering wife. If Guha’s work has a weakness it is that, in focusing so intently on its new portrait, it neglects the human toll inflicted on those around the incipient Mahatma.

1906 marked the turning point. Gandhi returned to London briefly, and began to realise – not least through his meeting with the young Winston Churchill – that he and his fellows were irredeemably “alien”. Much later, he was asked what he thought of modern civilisation. “I think it would be a good idea,” came the reply. No accident, then, that soon after his return home, passive resistance landed him in prison.

As the lawyer morphed into the campaigning ascetic, he decided that “we would all profit from the kind of simplicity and solitude we find in gaol”. While the future Gandhi begins to emerge, his contemporaries were already recognising his genius. Guha takes scholarly pride in tracking down the 1909 letter which first describes Gandhi as “a Mahatma” (a great and holy soul), the title bestowed on him by Rabindranath Tagore in 1919.

But this is to run ahead. Guha still wants to nail an Anglocentric Gandhi before his final return to India and now does so with the intriguing revelation that it was none other than GK Chesterton who helped inspire the text, Hind Swaraj (or Indian Home Rule) with which Gandhi would make the transition to his role as the father of Indian independence.

It’s a truism of this genre that the closer the biographer comes to his subject, the more elusive they become. In the end, with or without South Africa, Gandhi was a remarkable man, for some a secular saint, with an extraordinary capacity to transcend issues of race, class, religion and even politics. Exactly what this amazing man was really like is rather missing from this volume. No doubt Professor Guha will put that straight in the second half of this ground-breaking study.

Ramachandra Guha to the Guardian biography.