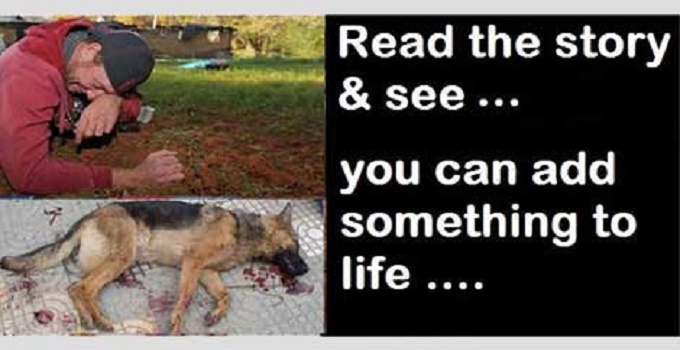 There was a couple who lived peacefully in a village. They were married for decades but they did not have children. Although they wished for a kid it was evident with time that they will never have the luck to cuddle their own kid. Now that they don’t have kids and probably they will never have a one, they decided to raise a dog to chase away their loneliness.

The dog was cute and bubbly. It grew with their love and protection and has become a family member already. Time passed rapidly and after few years the women miraculously got pregnant. Upon nine months of pregnancy the women delivered a cute little baby boy making their dream come alive. The dream baby was everything for them and they spend their entire time loving and cuddling the baby. They played with the baby, sang with the baby and spoke to the baby so lovingly.

Meanwhile the dog that used to receive all the love from this couple was so worried. It watched all what transpired before him with disbelief and sorrow. As much as the change the dog noticed in its master’s, the master’s noticed the dog is no more cheerful and is very lethargic. They thought it’s obviously because the god doesn’t like the new member to the family. However, one day the couple went to sleep after keeping the sleeping baby in the cradle. What they saw in the morning after waking up was so astonishing and shocking. While walking towards the cradle, father noticed the dog with blood on its mouth and tainted blood all over the cradle.

The man angrily rushed to his room, took the gun and shot the dog.  Dog died at the spot and the sound of gunshot woke the baby up. Baby was crying out of shock. Father went to the baby and noticed there isn’t a single scratch on baby’s body. Instead a little later he noticed a snake tared to pieces. Suddenly he was able to realize what has happened.  He was weeping over killing the very loyal dog that saved the life of his child. He was broken and felt the biggest disgust and guilt he ever experienced. He took the dog to his arms and cried for hours asking for forgiveness. He realized he just shot the dog he raised from the day one with so much care and affection. He remembered how the dog took their sorrows away when they were deprived of a kid. He realized he lost the loving dog because of his anger and impatience. He could not bear the pain. Whatever happened has happened. He buried the dog with the biggest sorrow he ever went through.

Never make decisions without analyzing and knowing the full story.

What you hear, what you see and what you realize by seeing and hearing may not be true.

Before you make a conclusion, evaluate every information you have and find the truth.

Otherwise you will only be left with grief and sorrow for the rest of your life….