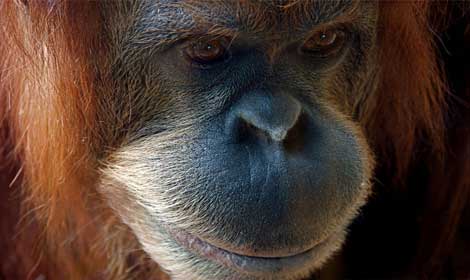 This news is for the orangutans! Recently, a ground-breaking precedent was set in an Indonesian court when a judge fined a palm oil company $30 million for destroying protected peat forest — a place orangutans call home.

In the Meulaboh district court, it was ruled that the palm oil company PT Kallista Alam was guilty of violating environmental law by illegally burning and clearing forest within Tripa peat swamp, a protected forest in northwestern Sumatra. Out of the $30 million that the judge fined Kallista Alam, $9.4 million is for compensation and the other $20.6 million is for the restoration of the damaged areas.

Along with this fine, Indonesia will now fully enforce a nationwide moratorium on new plantations in rain forests and peatlands, which was just extended another two years back in June 2013. The overall goal of the moratorium is to reduce deforestation and also to establish a complete map of the forested areas, which can then be used for future planning.

With both of these fantastic victories, hopefully the forest will begin to recover and become a safe haven for endangered orangutans once again.

And while these two moves won’t solve all the problems associated with the palm oil industry or even save all the orangutans, the Indonesian court still deserves a round of applause for saying no to the industry and finally standing up for the environment. If the orangutans knew what went on in court rooms, I’m sure they would smile at the news!

You just got married and now both of you...
Read more

Previous articleThe greatest grief!
Next articleThis is the most amazing video so far this year. This will make your day and please share with those who care for animals…
Medicare